Peter O’Toole Dies but Lived a Long Life as Lawrence 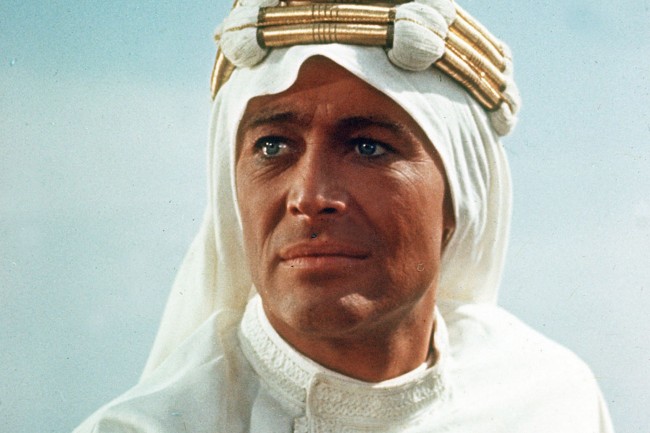 Peter O’Toole dies at the age of 81, but has certainly lived a long fruitful life, most renowned for his role as Lawrence of Arabia. The legendary actor died on Saturday in a London Hospital after a long illness.

His daughter, Kate O’Toole, stated that her father had been ill for some time. The actor once said that his idea of heaven, was “moving from one smoke filled room to another.” Typical, as he was infamous for his heavy smoking and drinking, which in recent years had been thought to be the cause of bad health. However, it turned out that in actual fact he had stomach cancer.

He was a leading man of prodigious talents, and one of the greatest actors of his generation. Nominated for eight best actor Oscar awards without a win, he gracefully accepted his competition and urged that he was still in the race, with his statement “I’m still in the game, and will win the lovely bugger on my own.” He apologized for  his rudeness, however wanted to make the point that he would win the honor with his talent. It was an honorary award from the Academy of Motion Picture Arts and Sciences in 2003, that finally saw the star take home a win, although he initially turned it down.

His fans are glad that the star managed to gain an award for his outstanding performances before his death. However regardless, they maintain that with or without the awards, he delivered the most priceless performances his generation had ever seen. He was loved globally, with sapphire blue eyes and good looks that made him equally as famous than his acting. Playwright Noel Coward once joked, that if Peter O’Toole had been any prettier, his movie would have had to be named “Florence of Arabia.”

Peter O’Toole had recently come out of retirement to make a new movie, but as he dies, his family and friends are just grateful he lived a long successful life, catapulted into a stardom by his role as Lawrence of Arabia. Below is the trailer of his most famous film, about a man torn between two civilizations. It is a gripping illustration of a British officer’s journey to the Middle East. He is transferred to Arabia during WWI, where he bravely unites the warring Arab factions into a strong guerrilla front. It is here that he manages to lead them towards brilliant triumphs in perilous desert battlefields, where they eventually override the reigning Turkish Empire.

The star was an Irish actor, raised in Leeds. He was the son of a bookie, and as a boy decided to become a journalist. However, he later discovered his love for theatre and made his stage debut at just 17 years old. He served as a radioman in the Royal Navy for two years, then attended the Royal Academy of Dramatic Arts. He spent several years on-stage at the Bristol Old Vic, then made an inconspicuous film debut in 1960. In 1962, O’Toole was chosen for the role of Lawrence of Arabia, which turned him into an international superstar. He continued fruitfully in artistic films, as well as less creative but commercially rewarding projects.

Peter O’Toole dies at 81, but lived a long life, famous for his part in Lawrence of Arabia. His family have expressed their appreciation for the love and support they have received at the news of his death.