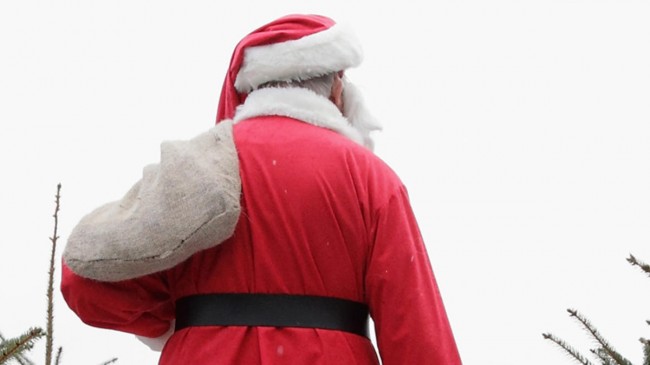 It takes a lot to draw a tear from this writer’s eye, but watching one story on how the very infamous Secret Santa reached out to one desperate man – brought the tears and smiles. Humility can be found in humanity and it breathed life between a stunning exchange between strangers who bonded in ways that would change one man’s life. This story is not a new one, but it has resurfaced as a reminder of the how touching the Christmas season can truly become. In addition, are other stories of heartwarming connections when people needed a reminder that life did care.

Every year a news correspondent from CBS News steps out into the cold with a labeled Secret Santa. This man remains anonymous, except for the lives he has personally touched. He isn’t about bragging rights, as he remains in shadow during  rare interviews. The Secret Santa has one goal to bring with him every year – which encompasses changing “the world with one random act of kindness at a time.”

In 2008 one man in Pennsylvania was in a desperate situation. Thomas Coates was 30-years-old and tired of fighting life. He had given up to a life riddled with drug addiction and a girlfriend who had nearly given hope on him. A story that is so heartbreaking, Coates took the advice of his girlfriend to pray. For the first time in his life, Coates, a proclaimed Atheist prayed. He didn’t expect much, until the next fateful day. This is just beyond a greater “divine,” rather it focuses on being on a desperate path and how fate or God (whichever viewers agree with) can bring together two individuals. Have Kleenax nearby?

During the Christmas season of 2012, many residents of New Jersey and New York were grim as they came together to rebuild their towns after the destruction of Superstorm Sandy. A wealthy unnamed Kansas City businessman, dubbed as Secret Santa wanted to help those in need. Brandishing a stack of $100 bills, he set off with a local news station and police escort to visit hard hit areas. The Secret Santa approached an elderly woman who was quietly collecting free food and miscellaneous items. Carol Hefty endured a loss after the storm and visited the disaster center for help.

Secret Santa approached her, asking her if anyone had helped her with money. The retiree stated no and went back to her items. With a gentle “here,” the Secret Santa slipped $100 into her hand. Befuddled and astonished, Hefty though the money was fake after seeing the Secret Santa stamp on it. The gentle unknown businessman confirmed it was real and most of all, “it’s for you.” Hefty hugged him, breaking down into tears from an astonishing kind act from a stranger.

His kindness spread to other citizens throughout the storm-riddled area and the tears? Not a dry eye. He visited a local Salvation Army to help local families and well the video below truly distinguishes the amazing ability one man displayed to the world. He shows the level, the depth of how kindness can truly change someone’s life.

There is something incredible in the act of generosity. Many do not expect it – leading to an initial impression of doubt and confusion. Then they see something more, a meaningful need to express a helping hand during that moment someone may just feel perplexed. Secret Santa brings a renewed sense of hope every year. Not many people can go out handing $100 out, but what ways can be expressed? Secret Santa stories across the country bring heartwarming connections. It also brings a sense of knowing to pay it forward. How will you be a Secret Santa this Holiday season?