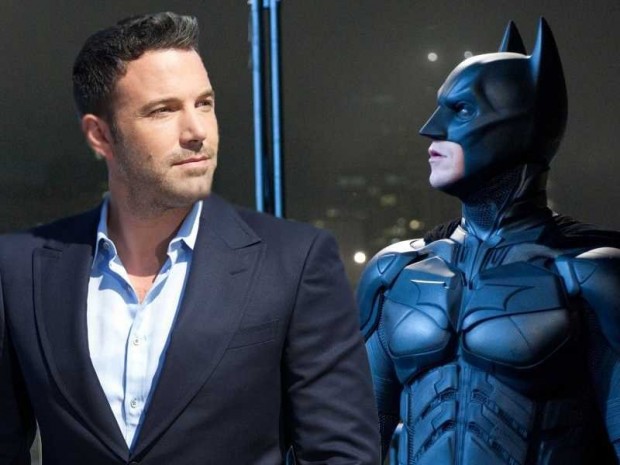 As with all movie rumors before an official announcement is made, such dramatic news cannot be confirmed until either Ben Affleck or Warner, who is running the newest Batman movie, speak up. But according to a Brazilian journalist, Ben Affleck has been dropped from the movie and will not play Batman in the 2016 release.

Ana Maria Bahiana, a Brazilian journalist reported on her blog that a very reliable source has told her that Ben Affleck will not be the new Batman in the upcoming Batman vs. Superman flick which is to be directed by Zach Snyder. The reason will be as expected for those who have been following the casting news; fans reacted so negatively at the thought of Affleck as the new Batman that the studio is afraid that those they are making the movie for will boycott it if Affleck takes on one of the title roles.

However, the studio cannot be seen to be bowing to the wishes of fans, even though they know that without the fans, they will have no movie. Bahiana says that the studio’s 2016 launch date for the new movie is part of the studio’s plan to step away from Affleck, which gives time for the anti-Affleck backlash to cool down and allows the studio to start looking around again for a replacement Batman. She claims that her source tells her that in a few months, some sort of excuse will be paraded around the media, giving Affleck a scheduling conflict which prevents him from doing the movie, or Affleck and Snyder, who is to direct the film, will have creative differences and part ways.

The news that is really bigger than the possibility of Ben Affleck being dropped as Batman is who might replace him. Bahiana says that names have been tossed around. Michael Keaton has been heard again, and so has Josh Brolin.

An interview that Affleck had with Playboy magazine not long after he was originally cast as Batman was published in the latest 2014 issue. Affleck addresses the fan reaction to some extent, saying that he would not make a movie that he did not think could be great with him in it. He also went on to say that it does not really matter what the fans think of the movie before it comes out; it only matters what they think once they see the finished movie product, because expectations and reality are often quite different. Fans have not seen the script nor do they understand the tone of the movie; but because it is a high profile casting, they feel free to decide, movie unseen, if Affleck will make a good Batman or not.

The interview went on to say that Affleck had not taken the role originally, but enjoyed Snyder’s take on Batman so much that he changed his mind. He also said that he deeply regretted taking on the role of Daredevil, and wished that his effort at playing the character of Matt Murdoch had been better. Affleck does not want to let down Batman fans by any means, but he also does not want to be any of the previous Batmans that have seen the screen before. This will be a new, Snyder-take on the character.

So has Ben Affleck actually been dropped as Batman, or is this just a fan’s dream? Only time will tell.