By Jim Malone on January 5, 2014Comments Off on Cannabis Market Leads to China 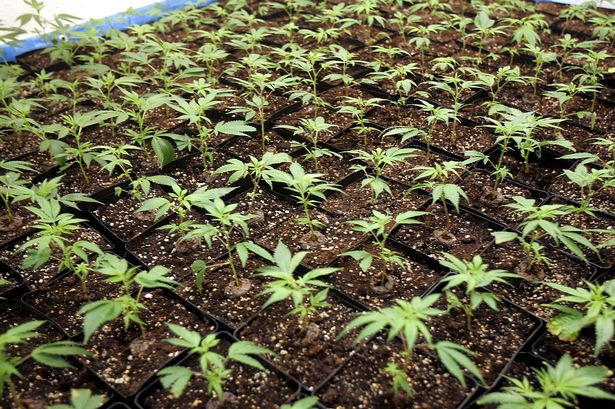 The medical cannabis market leads to China, thanks to patents relating to the drug which are held by companies there. According to World Intellectual Property Organization (WIPO) statistics, at least 309 of the total 606 patents filed worldwide relating to cannabis originate with Chinese firms. With legalization progressing in countries across the globe, including parts of the United States (US) and South America, medical cannabis will be a market that is going to take off exponentially. Chinese firms are already ahead in the race to take advantage and profit from the loosening of legal barriers.

In December, Uruguay became the first country to completely legalize marijuana. It is a move that is also being considered in Peru. Members of the Peruvian National Drug Control Commission have suggested that decriminalization of the relatively less dangerous drug would represent a policy improvement which would move away from repeating the political mistakes of the past with respect to drug policy. That attitude is not only gaining momentum in Peru, but in many countries. With the decriminalization of Marijuana for recreational use in a few US states, a similar movement is underway. Without a doubt, the financial gains being make from that market’s emergence in Colorado will provide significant incentive for similar moves to be made across the rest of the country.

The legalization of recreational use is one of the things that will lead to the medical patents in China relating to cannabis becoming widely available on the market. There is already considerable interest in Eastern medicine and remedies both in the US and worldwide. Herbal and homeopathic remedies featuring cannabis will have a ready-made consumer base once the issue of legality is resolved. Without having to invest in developing the remedies into prescription drugs. China has a significant head start in bringing those type of products to the global marketplace.

China not only has the patents, but they have the product. China produces more industrial hemp than almost anyone in the world. Though lower in the psychoactive THC, medicinal applications are largely unaffected. With the supply and a growing demand, China is ready to lead the way to becoming the world’s cannabis connection.

While considerable medical research has been done in the United Kingdom (UK) on cannabis, the laws there have restricted the ability to capitalize on the knowledge. Though prescribed marijuana can be used in the UK, it has been made so expensive that it is not a feasible venture there yet. Jamaica, however, announced the formation of a company specializing in medical marijuana in December called MediCanja. Representatives of the company believe that the potential to become a key supplier for the Caribbean and Latin American market could prove to be an important contributor to the rejuvenation of the Jamaican economy.

Recent findings by the National Cancer Institute (NCI) suggest that cannabis has been somewhat successful in treating certain forms of cancer. With medical research continuing to reveal more and more beneficial applications, there is growing impetus for the nationwide legalization of cannabis in the US. Many people feel that it is just a matter of time. While American companies are scrambling even now to position themselves to take advantage of this trend, it seems clear that China leads the way in the growing cannabis market for the time being.