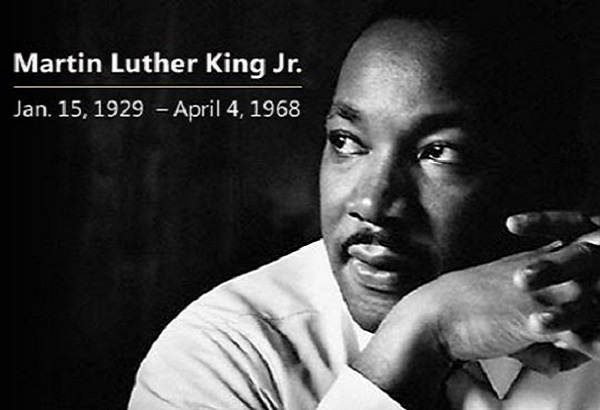 It’s time for Dr. King’s supporters to wake up and live the dream they often speak about. Over 40 years ago the blueprint for a dream was laid out by one of America’s most infamous martyrs. Dr. Martin Luther King, Jr., who was highly publicized for his mission of nonviolence and peaceful civil unrest, seems to eclipse his sometimes frustration with the progress of the very people he worked to empower.

If time is a revealer of motives, the past 40 years may have a different lesson to teach up and coming activists.

As seen in one of the most controversial episodes of the animated series The Boondocks where Dr. King was featured and supposedly not assassinated but in a deep coma. When he was revived, he woke up in a world that was a shadow of his former experience. In fact, to his disgust, it was moving with great speed in the opposite direction.

The episode titled, Return of the King, is from the first season of The Boondocks. Its greatest criticism came from the well-known activist, Reverend Al Sharpton, for depicting Martin Luther King, Jr. using the “N” word. Sharpton went as far as to demand an apology from the show’s creator, Aaron McGruder, and Cartoon Network.

Sharpton told the network it must apologize and commit to pulling episodes that desecrate African-American historic figures. Sharpton said he, along with many others, were terribly offended by the excessive use of the “N” word in McGruder’s series.

The network decided to stand by their “man” and released a statement saying,

We think Aaron McGruder came up with a thought-provoking way of showing the bravery of Dr. King as well as reminding everyone what Dr. King stood and fought for, and why even today it is important for every person to remember that and to continue to take action.

The Boondocks may have gone a tad bit overboard trying to get its point across; however it still seems that many of Dr. King’s supporters are still sleeping, lost in dreamland. It’s time for them to wake up and get busy. Many African-Americans believed once a black president was elected that Dr. King’s dream would be realized. That is so far from the truth.

In the Return of the King episode of the series the civil rights leader is portrayed as having survived the shooting that claimed his life in 1968. Instead of Dr. King actually dying the show’s creator depicts him as having slipped into a coma from which he recently awakened.

Later in the episode King is seen standing at a podium in hopes of addressing a room full of African-Americans. As music blares, fights break out across the room, liquor spills as many over indulge while others are dance and shake their behinds in a sexually explicit manner and Dr. King is stunned by what he sees.

King tries over and over to get their attention and when that doesn’t work he yells, “Will you ignorant ‘people’ please shut the hell up!”

The audience who is visibly startled by his brashness finally calms down enough to see what he wants. The iconic civil rights leader tells his audience how disappointed he is in their behavior. He goes over parts of his  I Have a Dream speech and commences to telling them  what he now witnesses, over four decades later, is far from what he envisioned. Of course, in the animated show he didn’t use those words, the choice of words the show’s creator chose for this episode are far more colorful.

McGruder in his own way made good points about the failings of some African-Americans to live up to Dr. Martin Luther King Jr.’s dream. Many believe the he went too far by having the slain civil rights leader use one of the ugliest words in the English language. That was a dangerous gambit due to the racially mixed audience his series draws,but hopefully his message was still received.

The episode ends with Huey Freeman, one of the young boys featured in the series, saying “It’s fun to dream.” What is meant by Huey’s statement is the whole episode was merely his interpretation of what would happen if Dr. King would have survived the assassination that claimed his life in 1968.

The Return of the King was presented, as is the entire series, in a satirical manner but contained many truths. One truth that can’t be ignored is it’s time for people to stop dreaming, wake up and get busy. This should not be a day that just reminds mankind of Dr. King but a day that people decide to rededicate themselves to the vision of this great leader.

It’s time for racism to stop. Racism doesn’t just involve the color of one’s skin; it goes beyond that to include religious beliefs, sexual orientation, relationship preferences and any of the other foolish things that keep people isolated from their neighbor.

Dr. King died fighting for his dream in hopes that those who remain would continue his efforts. It’s time to stop sleeping on the dream, wake up and continue the fight to possess the vision.