Justin Bieber Egg on His Face?

By Michael Smith on January 13, 2014Comments Off on Justin Bieber Egg on His Face? 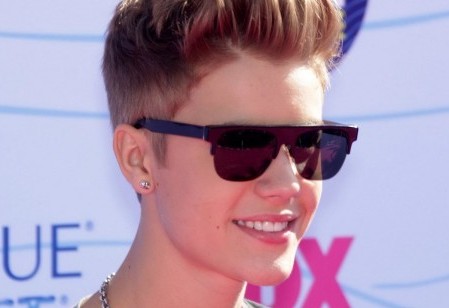 Justin Bieber could end up with egg on his face after getting caught on film egging his neighbor’s house. So far, there is no news on which neighbor was targeted by the soon-to-be retired singer. It isn’t the first time that Bieber has been in hot water with his fellow denizens in the Calabasas gated community that he calls home.

The 19 year-old performer recently announced that he would be retiring from show business. The timing of his retirement statement came at the same time his latest film premiered. Justin Bieber’s Believe documentary opened in cinemas on Christmas 2013 amid his fan’s concern about their idol leaving the singing world.

Urinating in a restaurant mop bucket, also filmed, and accusations of assault by Bieber and/or his security team have been hitting news headlines over the course of last year. Even before the alleged video evidence of Justin’s vandalism of a neighbor’s house, Bieber has had egg on his face before.

What remains to be seen is just which neighbor Bieber has targeted with his latest juvenile stunt. Last year, the Believe singer had several run-ins with other residents in the exclusive Calabasas area. Allegations of the youngster careening through the streets at “highway” speed have been repeatedly investigated by the local Sheriff’s Department.

On top of the dangerous driving complaints one neighbor in particular has gotten under the young performers skin. Apparently last year another resident approached Justin about his driving too fast around the gated community and was allegedly spat upon by Bieber for his trouble.

Later in the year, around the time of Justin’s documentary premiere, a neighbor called police several times in the same night when a party that Bieber was giving got too riotous, aka loud, over the course of the evening. Looking at the lack of positive interaction with any of the folks who live around him, it could well be that the object of his yolk attack could be the same individual.

It stands to reason that it is not former NFL player Keyshawn Johnson. In 2013, Johnson was with his three year-old daughter and the two were about to get into his electric car and run an errand. As they approached the end of their driveway Bieber shot past the man and his little girl at an excessive speed. Keyshawn followed the teen performer back to his own driveway where the ex football player attempted to confront him about his inappropriate driving.

Bieber took one look at the huge and angry man heading his way and he responded by running into his house and locking the door. Johnson was not pleased and no one came out of Justin’s house to talk to the very angry father. Considering that one neighbor was, allegedly, spit upon when he tried to complain to the singer and that another, presumably larger, complainant was met with an instant retreat; it is not rocket science to figure out whose house Bieber did not egg.

Reports from other publications have stated that neither Justin nor anyone from the Bieber camp have offered to pay the reported $20,000 worth of damage caused by the thrown eggs. Allegedly, despite being caught in the act on film, no one has apologised for the vandalism either.

Justin Bieber has finally, it seems, stepped over the line. The monetary amount of damages places the singer in felony territory and a slap on the wrist may not handle the problem this time. He has been caught with egg on his face because he was caught in the act. Justin may wind up actually retiring from music, especially if he gets jail time from this act of vandalism. It may be interesting to hear Bieber’s version of Jailhouse Rock.