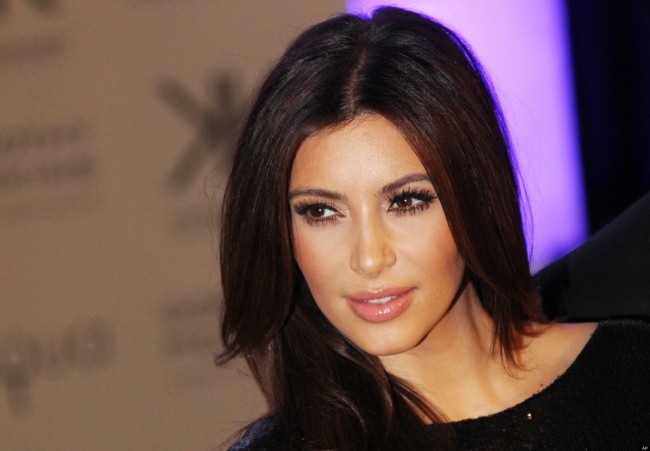 Kim Kardashian appeared on The Ellen Show, where she shared baby photos, wardrobe malfunctions and much more. All of this was despite the reality TV star saying that she wanted more privacy.

Kardashian suffered a wardrobe malfunction on the way to her interview with Ellen DeGeneres. She was wearing a tight skirt and is accidentally split. She was left without anything to wear and took to Instragram to talk about her dilemma. After changing into an alternative option, which was a white skirt and sweater with a very plunging neckline, she shared a photo to see if fans agreed that it was a good choice. She later switched the white skirt for a beige one, keeping the sweater.

The appearance on The Ellen Show was the first since the birth of her daughter, North West, seven months ago. True to DeGeneres’ form, pictures of the celebrity’s daughter were shown. Most celebrities agree to this, but there has been one who refused. Kristen Bell declined the opportunity to preserve her daughter’s privacy.

Bell explained to DeGeneres that she had no idea whether Lincoln, her daughter, would want to be in the public eye. She wouldn’t share photos until Lincoln agreed to it. Bell did describe her daughter so DeGeneres could draw her, getting a close resemblence. The media has caught glimpses since then, but none were Bell’s choice.

Kardashian shared more than just the baby photos, by talking about Kanye West as a father and future children. The only thing that she did not talk about was the recent allegations of an altercation between West and a man in the Beverly Hills area. DeGeneres tried to find out more, but the star stated she couldn’t legally say anything.

The 33-year-old star explained that she has always wanted a large family and before North wanted six children. She now says that she would have a million if it wasn’t for pregnancy. It was not a good experience for her, and something that she would never wish on anyone. However, she did agree that it is “worth it in the end.”

When at home, West is a hands-on dad, but it is difficult with him being on the road a lot. Kardashian sends him videos and photos on a daily basis, and it sounds like he feels he is missing out. He regularly texts back with comments about missing a lot, despite it only being a day between messages. The only thing the rapper does not do is change diapers, but his fiancée doesn’t care about that. Time on the changing mat is a time for mother and daughter to bond.

Finally, DeGeneres went on to ask about wedding plans. While the plan is for a summer wedding, there is no location or date booked. Her mom has already hinted that it will be a big wedding because she has a big family.

As usual, the Keeping Up with the Kardashians star was very open during her interview with DeGeneres. Kardashian shared her daughter off to the world through photos and so much more.