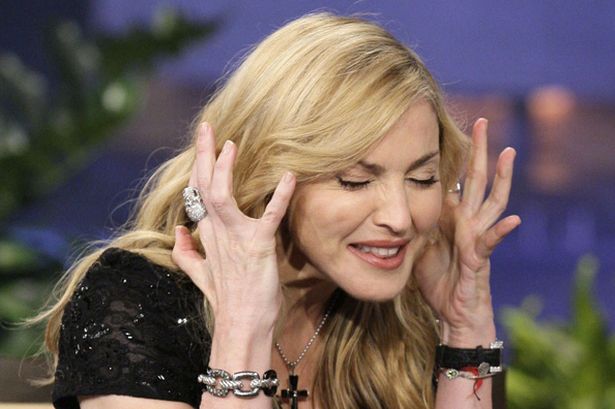 Madonna queens-out, calling her son, Rocco a derogatory name on Instagram. The derogatory caption was posted under a picture of her son, 13-year old Rocco in a boxing ring. Her actions may cost her some fans and she has definitely upset more than a few people who were not part of her fan base. They are not likely to jump on board any time soon following her lapse in judgment. With an apparent inability to filter words, Queen of Pop, Madonna, is calling her credibility as a parent into question. She either did not care about the backlash at all, or posted the remarks without thinking about the reaction she would get from social media. Instagram users responded by criticizing her choice of words. Madonna then deleted the initial post coming back just as hard with the another post demanding that people disagreeing with her, “get off her male genitalia.”

The haze surrounding her outburst is bizarre considering Madonna is an adopted parent to two Malawian kids. Her behavior as a mother is already questionable, it just doubles behind this fact.

The debate over usage of the “N-word” is ongoing. Who can say it, who cannot say it and variations of  which context usage is appropriate. Madonna queens-out and not everyone is offended by her calling her son a derogatory name on Instagram. Critics and enthusiasts of popular culture see the N-word used in song lyrics and everyday street vernacular by a variety of people. Young kids, college students, rap artists and even apparently even, grown folk eligible for AARP membership allow the term to flow from tongues like water. It has taken on a life of its own no longer only used by young black males in the rap game. Youth who are fans of rap and other genres of popular music use it regardless of ethnicity. They defend its use by standing behind the dividing line that separates the implied tired judgment of adults and the hipness youth culture shared with peers.

Perhaps, Madonna is holding out for recognition from the younger set. Maybe, she has not figured out that parents who treat kids as peers and “besties” while parenting, open up a can of worms that will surely explode when it comes time to lay down the law as head of household. Parents cannot have it both ways. They have to set boundaries and enforce them by modeling behavior they want to see in their children. Surrender that control and there will be two generations of peers who happen to reside at the same address. Madonna will learn soon enough; 13-year-olds that get away with bad behavior, become 17-year-olds that “Mama just may want to knock out.” By then it is usually, too late.

Madonna is on a roll. At the top of 2014, she posted a picture with her son and his friends holding alcoholic beverages. No problem, if the kids were legal drinking age. However, her son is 13.  Receiving backlash from the public over the picture with Rocco holding alcohol Madonna tweeted, “lighten up folks, and don’t judge me.’” Her behavior is a train wreck waiting to happen. Young Rocco, will feel entitled do whatever he wants because his “supercool” mom is “down for whatever.”

Perhaps, it is menopause that may be the culprit causing the 55-year old singer to act out publicly with the tact of a self-righteous teen existing on “planet self.” When a mother named Madonna, no less, queens-out by calling her son a derogatory name on Instagram it shows her affinity for emulating behavior found at clubs, where cat-calls are part of the routine. Madonna loves to party, that much is obvious. Her good time has a time and place – and it does not belong in motherhood, intermingling with her children. The “supercool” mom Madonna is great, but how about turning it down a notch?