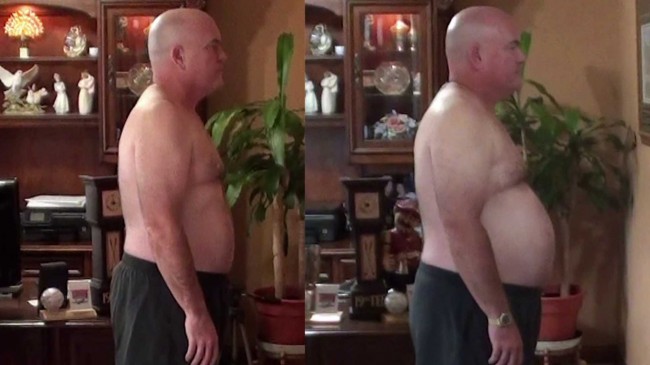 Eating McDonald’s food is a great option for weight loss. A man who lost 37 pounds did so by eating only McDonald’s menu choices for a full three months. Move over Morgan Spurlock-there’s a new kid in town, and teacher John Cisna’s weight loss proves what over 50 years of scientific research has shown: weight loss is mostly related to calories in vs. calories out, and it doesn’t matter if those calories come from ice cream, spinach or a Big Mac.

Many studies over the years have shown that when people burn more calories than they consume, weight loss will follow. While it is true that certain foods provide optimal nutrition for the body and therefore help all body systems-even metabolism-run smoothly; and some evidence exists that trans-fats may play a role in weight gain, the overriding factor in weight loss is the relationship between calories consumed and calories burned. The largest study ever done on diet and weight loss performed by Harvard University found that it’s calories that count the most when someone is trying to lose weight. That study, led by Dr. Frank Sacks, concluded “Reduced-calorie diets result in clinically meaningful weight loss regardless of which macronutrients they emphasize.”

This conclusion supports the theory that McDonald’s is a great option for weight loss; and so are nearly all restaurants, even fast food places, as long as calories are counted. Indeed, in the case of Cisna’s diet plan, a reduced calorie diet was followed while he dined at McDonald’s for every meal. This allowed him to lose 37 pounds. For breakfast, he would choose egg whites and fruit. Lunch would generally be a salad topped with grilled chicken, and dinner would burgers, fries, ice cream and a variety of other menu options. Cisna mixed healthy choices with more calorie-dense selections and was still able to stay on the plan and lose weight.

Another example of the calories in/calories out concept can be seen in Weight Watchers, a popular diet company. The Weight Watchers plan consistently rates as a top choice among health and consumer websites for losing weight successfully. Weight Watchers employs a complicated “points” system in which each food has a number of “points” assigned to it and dieters have a certain number of these points they are allowed to eat each day. When a person joins Weight Watchers they are provided with a lot of fancy calculators and booklets, plus blank journals in which to write down everything they eat. However, the Weight Watchers plan boils down to a calories in/calories out system, which is part of what makes it so successful. The same results could easily be achieved by strict adherence to counting calories. Cisna’s McDonald’s success is an anecdotal example of this concept; a concept that has been proven by a large body of scientific evidence.

A man has lost 37 pounds while eating nothing but McDonald’s, exemplifying the abundant evidence provided by the medical community over the last 50 years that weight loss is primarily related to the relationship between calories consumed and calories burned. McDonald’s is a great option for weight loss as long as calories are strictly counted and the dieter does not exceed his or her daily allotment. So break out the child-sized fries and enjoy!

An Editorial by Rebecca Savastio