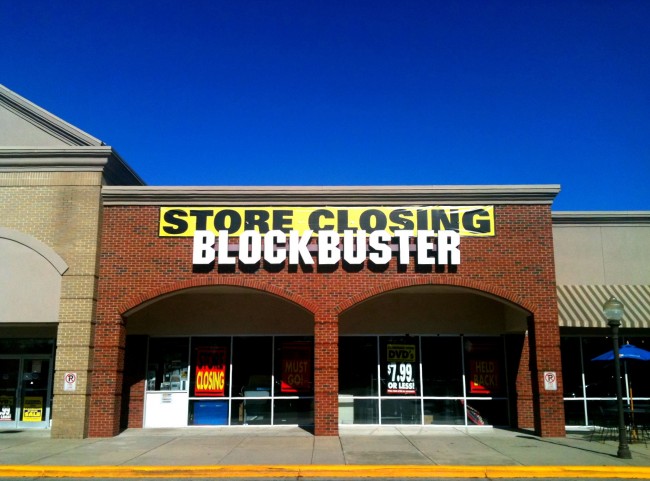 The last Blockbuster store in the United States unceremoniously closed its doors last month. Netflix, Redbox, and other online options took over the at-home movie market and the one-time giant could no longer compete. All has not been lost for the DVD-pushing chain though. The video-rental superstore is apparently thriving as an upscale shop in Mexico.  The average movie watcher in Mexico still loves the option of going to a local Blockbuster store and browsing the shelves.

Dish Network Corporation has decided to sell its Mexican video rental chains for $31 million to Grupo Elektra SAB. According to Banco Ve Por Mas SA’s analyst Juan Elizald, Blockbusters’ locations in Mexico are located in upscale neighborhoods and are generally seen as a far better option than the popular black market video sellers found on many street corners. Since at-home internet connections are nowhere near as ubiquitous in Mexico as they are in other parts of the world, the online rental market is still largely untapped.

During the first three quarters of 2013, Blockbuster Mexico brought in $117.7 million from its 300 locations nationwide. Their revenue is up three percent from the previous year and Grupo Elektra believes that the market has even more room to grow.

Blockbuster Mexico rented out over five million movies and games last year and the average consumer loves to shell out more than a few pesos per visit. The average new release DVD costs around 50 pesos ($3.75) for a night or two. Blu-ray discs go for about 60 pesos ($4.50) while video games can be up to 100 pesos ($7.50). In a country where the average monthly income for an entire household is less than $1000, these are not considered to be cheap prices.

Grupo Elektra is banking on the reliability of Mexico’s high-end consumers. According to Bloomberg, many of their target market is dedicated enough to high-end electronic purchases to work for years paying off the latest and greatest flat screen.

As far as the business side of things, Grupo Elektra has announced that they will keep the majority of Blockbuster Mexico’s 2,600 employees on staff.

Many analyists believe that Grupo Elektra is far more capable of dealing with the unique market within Mexico. Unlike the United States, Mexico’s customers do not have options like Redbox. According to the Mexico City-based Business Coordinating Council, nine of every 10 movies bought within Mexico is a pirated copy.

In Mexico, just 31 percent of households have internet service. This means that they are taking to the streets to purchase movies. Since their income levels are only about 20 percent of the levels within the U.S., the prices at video rental stores are only accessible to a certain set.

While the average American consumer loves Netflix far too much for Blockbuster to survive, it looks like the corporation is ready to take over the strip malls of upscale streets all across Mexico.