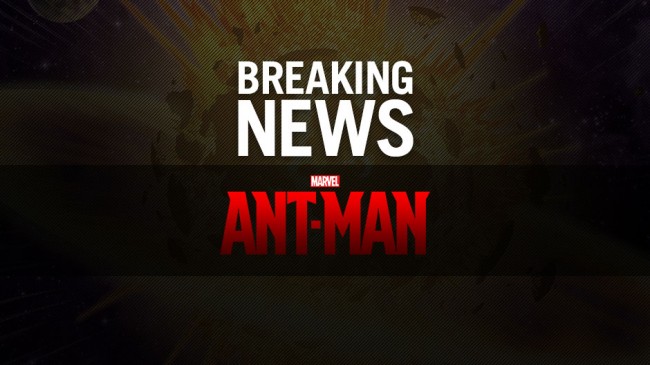 In some major surprise casting, Oscar and Golden Globe winning actor Michael Douglas is set to play the superhero Ant-Man in the upcoming Marvel movie of the same name. He will appear opposite Paul Rudd, who also plays Ant-Man in a complicated, idiosyncratic script said to be breaking new ground in the superhero film genre.
Douglas will play Dr. Henry Pym, a scientist whose discovery of mysterious sub-atomic particle allows him to change the size of his own body, shrinking down to the size of an insect. For Marvel, casting Douglas, who took home a Golden Globe Sunday night for playing Liberace in Behind the Candelabra and previously won an Oscar for the legendary role of Gordon Gecko in Wall Street, is a major coup. The Disney owned company’s strategy is focused on adapting the Marvel Comics’ universe of superhero stories into a series of inter-related films that have comprised a string of major hits.
Despite financial success, some critics still consider the superhero films to be lighter, popcorn-movie fare, so casting a serious and esteemed actor like Douglas in a lead role confers a greater level of legitimacy to the genre as a whole. This follows the casting of Robert Redford, another award-winning actor of great dramatic heft, as a major character in Captain America. In this case, however, Marvel has cast Douglas in Ant-Man to play the superhero himself.
Helmed by Scott Pilgrim and The World’s End director Edgar Wright, noted for pushing the boundaries of visual storytelling, Ant-Man is part of Marvel’s “Phase III” group of films, which will follow the guaranteed blockbuster Avengers 2. Despite widespread approval of the runaway hit Avengers film, which gathered up the star characters of other Marvel movies into one team, one fan complaint was that of the founding Avengers from the comics, the only members missing were Ant-Man and his female partner, The Wasp. Ant-Man has long been in the works, but now that the lead roles are being cast, it looks the missing Avengers may finally be brought into the fold. It is not yet clear, however, if Ant-Man will appear Avengers 2, which will be released under the title Avengers: Age of Ultron.
The announcement of the casting came via a statement on the Marvel website. “With Hank Pym’s rich history in the Marvel Universe, we knew we needed an actor capable of bringing the weight and stature to the role that the character deserves,” said Marvel Studios President Kevin Feige. “We felt incredibly relieved when Michael Douglas agreed to step into the part with the charm and fortitude he brings to every character he inhabits, and couldn’t be more excited to see what he will do to bring Hank Pym to life.”
There have been multiple heroes who have born the name Ant-Man in the comics, and the movie follows suit, which is why Marvel cast both Michael Douglas and Paul Rudd as the titular superhero. Douglas’s character Henry (or Hank) Pym is the original hero, from the 60’s Marvel comics, who discovers the technology to not only shrink but communicate with and control ants. Paul Rudd is Scott Lang, a thief who steals Pym’s technology for his own use and later becomes a hero. In the comics, Pym is still active as hero, but Lang uses the Ant-Man equipment and identity.
Director Wright, who has been developing the film for years, debuted test footage of the hero shrinking and regaining his size in a closed viewing at the 2012 San Diego Comic-Con, which can be viewed in an imperfect pirated version online. The brief video showed how film visionary Wright intends to use the dynamic of a size-changing hero on-screen. He has indicated that his movie is intended to differ dramatically from previous superhero films, saying it will be more of a “heist movie” like Ocean’s 11 or The Italian Job.
Another persistent rumor involves the casting of Ant-Man’s companion The Wasp, with Rashida Jones’ name repeatedly attached to the project.
Marvel’s Ant-Man, with Michael Douglas cast as the titular superhero alongside Paul Rudd, is set to debut July 31, 2015.