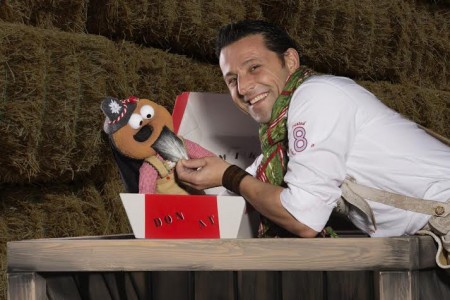 Michael Late and his act, The Late Mike Show, is currently in Las Vegas plugging his international show. Billed as the first Lederhosen Magician; Michael is an award winning magician who has worked extensively in Europe and just finished a three week tour in China. The Austrian performer wowed the Chinese population and won an award for his show and has been invited back, but, this time for a three month tour.

Late has fashioned his act around the art of illusion and comedy. His prevailing theme has a self depreciating core and he believes in interacting with his audience as much as possible. Part of Michael’s show consists of him going into the crowd and personally picking someone to “help” him in his act. This participation, and interaction, is always done at “audience level” and never from the stage as he likes to mingle closely with those who watch his show. 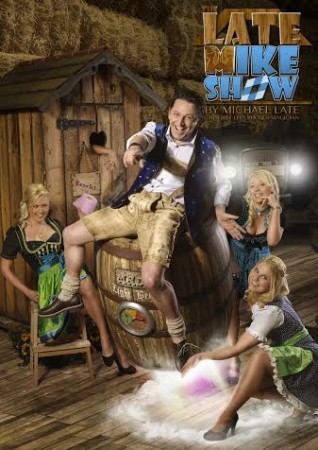 Michael has over 20 years experience in the magic industry and he has travelled and performed across European theatres for a number of years. He worked for three years in Turkey; spent 10 months touring in Germany and he also performed in Italy as well as Czechoslovakia and other surrounding countries.

Michael Late and The Late Mike Show could be due to hit Las Vegas very soon. American audiences will then get the opportunity to see and appreciate an act that previously only Europe and the Chinese have been able to enjoy. The performer will bring an international flavor to the city and its many visitors.

His award winning shows have resulted in the Austrian magician being offered more opportunities to perform in the United States and abroad. He has been offered a month-long gig in Silver Dollar City in Branson, Missouri and another slot in Germany. These are just two of the places competing for his entertainment services over the coming months. While juggling his return to China and deciding whether he will be Missouri or Germany bound, Michael Late is in the middle of negotiations with The Plaza Hotel and Casino to bring his special blend of comedy and magical illusion to Las Vegas.

On a side note, one thing that Michael learned while entertaining Chinese audiences was that they prefer their comedy to be more in the style of slapstick with less appreciation for the more subtle forms of comedic delivery. This information enabled the showman to adapt his performances for their appreciation. Michael has a lot of personal charisma and on top of a sincere, winning aura he has a very positive attitude towards his life and his magic. Dealing with Mr Late automatically brings a smile to the face and a feeling of good will.

He dreams big and has plans to match. He has been in Las Vegas since the seventh of January and he is finishing up his negotiations with The Plaza this week. At this stage of the process he is considering an offer from The Plaza establishment to perform on a regular basis on their stage.

As soon as we get confirmation from Michael Late on his acceptance we will pass the information on to our readers. If the first Lederhosen Magician accepts the Plaza’s offer, The Late Mike Show will be due to hit Las Vegas in the near future and we will be among the first to welcome him.