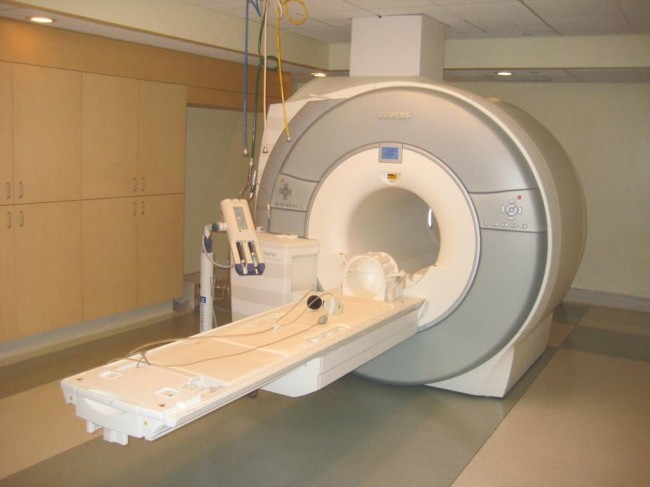 MRI machines have been pulled from the Afghanistan war zone as questions about their effectiveness continue.  Then-Admiral Mike Mullen, the Pentagon’s top military official at the time, had three magnetic resonance imaging, or MRI, machines sent to Afghanistan in 2011 to help doctors see the mild traumatic brain injuries that were affecting thousands exposed to roadside bombs.

Central Command surgeon Col. Mark Mavity said while the medical machines were outstanding tools in helping detect the brain injuries, its use in treating brain injuries is still questionable.  Mullen, now retired from the Joint Chiefs of Staff, said in a USA Today interview that the MRI machines going to Afghanistan were a priority.  He has not commented on the disuse of the MRI machines.

MRI machines are used to help detect the depth and seriousness of any injuries that you might sustain.  They are frequently used when sprains and breaks are diagnosed in order to determine exactly how serious the injuries are.  They may also be used to determine the exact extent to which cancer has spread throughout the body.

Use of the MRIs was stopped in February 2013 and the machines were quietly dismantled for parts in October of the same year.  Mavity said that the machines were simply deemed to be too expensive to warrant their continued use.  The machines were used as part of a military study to determine the usefulness of the machines in a combat zone.  By 2012, it was determined that military doctors had gained enough insight about mild traumatic brain injuries that the MRI machines had more or less outlived their usefulness.

Retired Army colonel Chris Macedonia said that the MRI machines being pulled from the Afghanistan war zone was a disappointment to him, as he had been the one to advise Mullen on medical issues.  He said the machines were intended for use in treatment of the brain injured, not just for scientific study.

Dave Hovda, director of the UCLA Brain Injury Research Center, who also served as an advisor to Mullen on the MRI machines, noted there are benefits to having MRIs on hand when treating brain injuries.  He noted there are published studies on their benefits, which was why Mullen was interested in having the machines sent to the war zone.

There are often drawbacks to every tool, though, and MRI machines are no exception.  Mavity noted there were several decisions at play when the MRI machines were decommissioned.  The machines cost approximately $3 million yearly to operate, the number of U.S. injuries had been on the decline, and the conflict in Afghanistan was on the downswing were among the reasons Mavity listed for the decision to stop using the MRI machines.

As MRI machines are pulled from the Afghanistan war zone, there continue to be an outstanding number of brain injuries in the United States and abroad.  Those sustaining brain injuries, whether they are mild or severe injuries, exceed 1 million per year, and mild traumatic brain injury accounts for 70 to 80 per cent of these injuries.