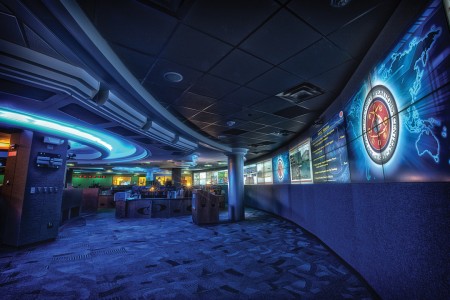 With President Obama poised to announce intelligence reforms that include the way the National Security Agency (NSA) operates, new evidence of the Agency’s worldwide cyber spying activities have surfaced.

The latest claim is that the NSA has used covert means to gain access to as many as 100,000 computers in various parts of the world as a means to launch future cyber attacks, if required. The technology incorporates micro-transceivers and tiny circuit boards that are clandestinely planted into either USB cables or the computer itself. It is claimed that the technology is so advanced Internet access is not a prerequisite.

Used in conjunction with radio frequencies and an “NSA field station,” or some other type of concealed relay station, data can be transmitted as far as eight miles. It is understood that these devices can also transfer the type of malware that has been used to attack nuclear facilities in Iran.

Similar James Bond-like activities were originally leaked by the fugitive National Security Agency whistleblower, former Agency consultant, Edward Snowden mid-2013. Notably, he revealed that the NSA was developing a quantum computer that would be able to break virtually all forms of encryption currently used to protect top secret and highly confidential documents used by governments, banks and big business all over the world.

Since then additional disclosures have been published in various European media, including a map that pinpoints areas where the National Security Agency has intensified its efforts to produce what has been described as “a digital highway” for its cyber spying operation.

When the Dutch NRC Handelsblad (business newspaper) published the map late November last year, it was alleged that at least 50,000 “computer networks” had been targeted and corrupted with malware. A secret American intelligence report leaked in 2008 stated that about 20,000 computers had been implanted with the software required for the NSA’s cyber spying operation. This indicates that the process has been deliberate and progressive.

The leaked map shows that the Agency’s secret cyber network stretches across the continents, with high-speed optical cables linking into the US. The location of implants is indicated in Central America, parts of North Africa, throughout Europe, and in China, Russia and other former Eastern Bloc countries. There is no indication of implants in the US, backing claims that the NSA is only targeting what it calls “valid foreign intelligence targets.”

According to a cyber security specialist based at Washington’s Center for Strategic and International Studies, the sophistication and scale of the operation is what is so compelling. In an interview, James Andrew Lewis stated that while much of the technology was already established, the NSA has developed cutting edge ways to infiltrate computers and computer networks in a way that has never been done before.

While the National Security Agency has steadfastly maintained that its so-called Quantum Program is simply “active defense” against any possible cyber attacks that might be launched against the US, the covert and clandestine manner in which it has intensified its cyber spying operation gives rise to continued suspicion worldwide.