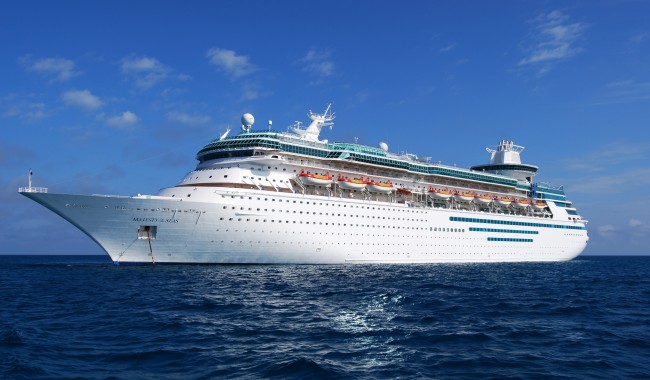 A Royal Caribbean ship sees an early return to New Jersey after a mix of 600 passengers and crew became sick with a gastrointestinal infection.  The cruise line decided to return the ship, “Explorer of the Seas,” to port two days early from its Caribbean tour.

Reportedly 577 passengers and 49 crew members were suffering from the symptoms of vomiting and diarrhea, according to the Centers of Disease Control and Prevention (CDC).

The ship was boarded in St. Thomas by CDC officials on Sunday and they will be remaining with the ship for the balance of the cruise, expected to arrive it the ship’s home port of Cape Liberty, New Jersey on Wednesday.

The cruise line had released a statement on Sunday evening about the gastrointestinal outbreak and how it had “spiked over the weekend,” but at that stage did not give the number of patients.

On January 26, the cruise line, Royal Caribbean made a statement that after consulting their medical staff and representatives of the U.S. Centers for Disease Control and Prevention, they thought the right action would be to return their passengers home early and to use those extra couple of days to “sanitize the ship even more thoroughly.”

According to the CDC on Friday last week around 281 of the total of 3,050 passengers on the cruise ship had reported the symptoms of vomiting and diarrhea after the ship left the New Jersey shores on Tuesday.

According to Janet Diaz, spokesperson for Royal Caribbean, the sick passengers responded well to the over the counter medications offered on board the ship.  However, the infection had spread even further over the weekend to affect even more passengers and crew.

Health experts are speculating that the outbreak was caused by the norovirus, a highly contagious infection leading to nausea and vomiting as well as stomach pain and diarrhea.  The virus can pass from an infected patient via food, water or touch.  The CDC added that this will be confirmed by Wednesday this week.

Reportedly around 19-21 million cases of norovirus are reported in the U.S. every year, and these can result in up to 70,000 patients being hospitalized and up to 800 deaths.  There were  apparently seven outbreaks of the norovirus reported by the Cruise Lines International Association in 2013, during which 1,238 passengers were affected.

The CDC has put immediate measures in place aboard the ship to clean surfaces thoroughly to prevent further infections.  Officials have reportedly taken stool samples from some of the ill passengers for further analysis.

The norovirus is well known for spreading easily and quickly within environments where people are living in close quarters, such as hospitals and ships.

Once the ship is back in harbor in New Jersey, it will go through another thorough sanitization, which will be the third since the outbreak began.

One passenger told CNN that he would never come back again, “not on this cruise line.”  He said that they were on a cruise two years ago when the same thing happened.   He said the ship was overrun with this sickness and that it was the “most disorganized trip I have ever been on in my life.”  He then added that he is nearly 80 years old and that “it is sad.”

Apparently the Royal Caribbean cruise line has not yet decided how to compensate passengers for the two day cut in their cruise after the early return to New Jersey with 600 ill passengers on board.  However,  a spokesman did say that the incident will have “no sustainable impact” on the company’s finances.  The affected passengers will no doubt be happy to hear that.