Nikki Farrell the Winner of The Bachelor This Season? 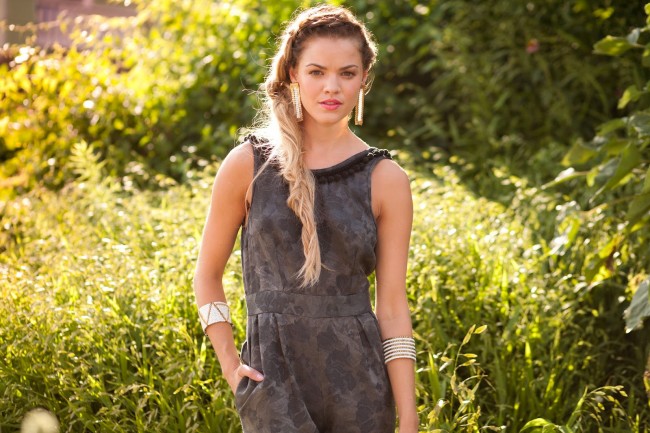 The Bachelor’s 18th season is barely out of the box, and already a winner is predicted. The entertainment blogger known as Reality Steve claims to be in the know and has already told fans of The Bachelor that of the record 27 contestants searching for love, it is Nikki Farrell who will be the winner of  bachelor Juan Pablo Galavis’ heart this time around.

Reality Steve’s prediction won’t be taken lightly, as  his so-called “inside information” about The Bachelor has been incredibly accurate often enough in past seasons to earn him the respect of fans.

The rumor that Farrell will be this season’s winner was fueled by Juan Pablo’s reception of her during Sunday night’s premiere. Though the 26-year-old Missouri native was not the recipient of the much-coveted “first impression rose” given by the bachelor to the contestant he finds most…interesting, she was definitely noticed.

Farrell took the opportunity to score points with the 32-year-0ld former soccer star by playing up her career as a pediatric nurse at their first meeting. She presented him with a stethoscope so that he could “hear how nervous and excited she was.” Host of The Bachelor, Chris Harrison, has commented that Farrell is also the first contest “to get to second base” on a season premiere episode. According to the host, when Farrell placed the bachelor’s hand to her chest with the stethoscope “he felt her up.”

Farrell’s antics added up to her being the recipient of Galavis’ third rose of the evening.

So just who is this rumored winner?

Aside from working as a pediatric nurse, Farrell is a successful model. No doubt her good looks and sexy body will help her get into the bachelor’s good graces. Though there was no indication in the season premiere that the aspiring star was anything other than sweet, previews for the upcoming season, in combination with Reality Steve’s predictions, lead viewers to think otherwise. It appears that Farrell may just turn out to be a bit of a villain on season 18 of The Bachelor.

Although Reality Steve tells fans there is no need to speculate about who Galavis will ultimately choose, Farrell is it, he adds that the happy couple will not end the season engaged. After facing off against co-contestant Clare Crawley in the war for Galavis’ affection, Reality Steve says Farrell will walk away with no diamond, but plenty of promises of enduring love.

Those dedicated to finding out who the winner of The Bachelor Season 18 will be say that Galavis’ tweets from Farrell’s hometown in recent days also offer evidence that she will emerge the winner.

This season’s featured bachelor, is making history as the first of Latin American descent. He first caught the attention of producers and fans on a previous season of The Bachelorette and was eliminated after six episodes. He is also a single father. He has a 4-year-old daughter named Camila with actress Carla Rodriguez. His sexy accent, good looks and tender relationship with his young daughter may have all of the contestants swooning but if the rumors about this season of The Bachelor are to be believed, the only woman right for him will turn out to be Nikki Farrell.