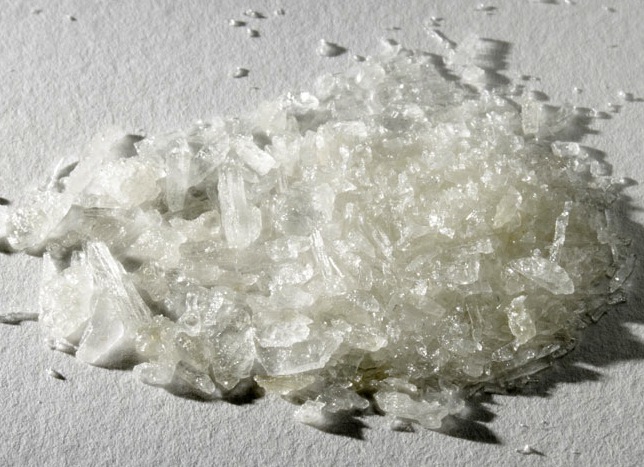 Two Oregon diners made sure to leave their waitress meth as a tip after they left the restaurant they were visiting on Friday morning. The trouble was that tip was an envelope full of a drug for the gratuity. After Ryan Bensen, age 40, of Beaverton, Oregon, and Erica Manley, age 37, of Cascade Locks, Oregon, were done having dinner and drinks at the Twisted Fish, they paid for their bill with a gift card. Then they used the meth to show their waitress she had given them service well done.

The server noticed that the envelope had a question mark on the outside of it. When she opened it up, she found inside that there was a supply of crystal meth, stated police authorities.

The waitress was in shock. She was stunned and actually very offended that anyone would believe that she used drugs. She stammered in horror as she went to the steakhouse restaurant manager Steve Keszler and showed him what she had found.

After talking with Keszler, however shocked she might have been, the server kept a calm demeanor, and walked from the manager to a telephone. She was able to call the Oregon Police Department. This was about 1 a.m.

Both Bensen and Manley was still in the restaurant when the police arrived on scene and discovered over 17 ounces of meth hidden in Manley’s purse. Both alleged drug dealers were then placed under arrest at the place of business.

One anonymous Oregon police officer stated that while he felt he should be surprised and stunned at what had happened, this event was yet just another example of how stupid drug dealers and users really are when it comes down to everything. This entire sad event almost could make a person laugh if it was not so tragic.

Police investigators later acquired a search warrant so they could look through the hotel room at a nearby Holiday Inn, where the suspects had rented a room and were staying. The police found a meth lab which was made up of batteries, a torch and numerous other items.

The two alleged suspects are both being detained at the Clatsop County Jail in Oregon, while they each await separate indictments.

The police were very quick to praise the waitress for what she did in making her phone call to the police, and also for having no desire to mess with any type of methamphetamines in the state of Oregon. The problem is big enough as it is already. She did a great job doing what she did.

It also speaks highly of the Oregon businesses that are doing their part to stop the drug being spread around in small towns. These two Oregon diners should have decided to keep the tip to themselves instead of leaving the meth.