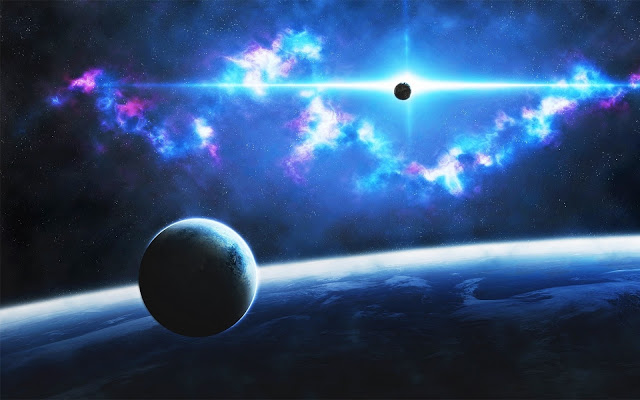 Planets that are about the size of Earth may be able to support life, even being 10 times farther from stars like the sun, according to some astronomers. This is contrary to the old-fashioned “Goldilocks” idea of which planets could sustain life that is popularly believed. That theory, holding that the ones that are not too hot and not too cold, fails to take into account the idea that liquid water can be present very deep under the surface. It has never taken into account the life which could be dwelling beneath a planet’s exterior.

A research team at the University of Aberdeen, which included scientists from the University of St. Andrews, in Scotland, stated that rocky cold planets, formerly believed uninhabitable, might be able to support some kind of life below their surface. The team conducted computer modeling, which proposed that the possible habitable region for an Earth-sized planet might be as much as nearly 15 times larger than was previously believed. They were able to provide estimations of temperature under the surface of planets of a certain size when at a specified distance from their host stars.

They are hoping their study will help influence other astronomers to do more research into the subject. Their research paper was printed in the journal Planetary and Space Science.

Sean McMahon, who was a Ph.D. student working with the team, stated that a planet needed to be neither too close to its personal sun but also not too far away. Distance is important so that the liquid water on there would stay, instead of freezing or boiling, on the planet’s surface.

McMahon stated that the deepest known life on Earth is over 5 km under the Earth’s surface, but there could be life as deep as 10 km in places here that had yet to be drilled. As one gets deeper below the surface of a planet, the temperature rises. Once one reaches a temperature where liquid water is able to exist, than life can be present there as well. Through the use of a computer model, they were able to find out that the habitable region for a planet which is similar to Earth in that it is orbiting a star that is like the sun could be about three times larger if they were to add the top five kilometers which lie just below the surface of the planet.

The model ended up showing that liquid water, and life, could survive 5 km under the surface of Earth even if this planet was three times further away from the Sun than it is presently located.  Going down the 10 km deeper mentioned, the increased habitable area that may support life on Earth or even a planet like Earth, is 15 times larger than the area calculated under previous models.

This means that these results show that life could occur much more frequently deep within planets than on the top of their surfaces. It is hopeful that now people will start to study the different ways in which life below the surface could possibly reveal itself.

This might even mean that Earth is the unusual planet for having life on the surface. Regardless, planets the size of Earth may support life of a different kind, just deeper below.