By Alexandria Ingham on January 3, 2014Comments Off on Shia LaBeouf Gives Cloudy Apology 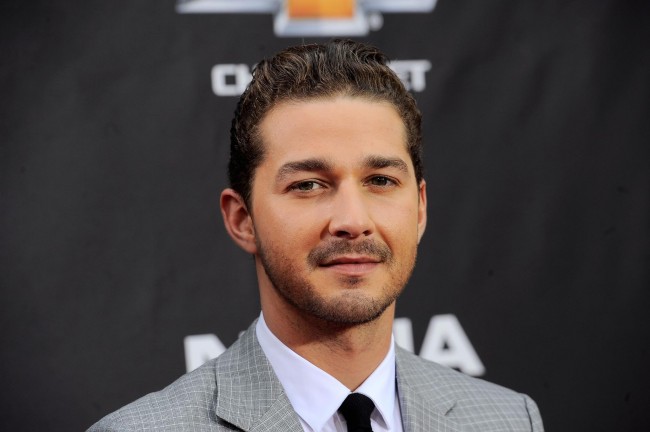 Plagiarism is a bad thing for any writer – something Shia LaBeouf admitted that he was guilty of. Transformers actor LaBeouf has since taken to the skies to give a very cloudy apology, indeed.

During December last year, the actor turned writer was accused of plagiarism. His short file HowardCantour.com was found to be a direct copy of the cartoon Justin M. Damiano by Daniel Clowes. Clowes’ work was completed in 2008, while LaBeouf’s was finished in 2012.

The original author made it clear that he never gave permission to the Transformers star to use his work. What made it worse was the fact that LaBeouf never even gave the original author any credit for the storyline.

Clowes found out about the plagiarism when the short film was finally released, last year.

On Dec. 16, LaBeouf admitted that he copied the work and took to Twitter to apologize. He explained that the graphic novella moved him and gave him inspiration for his film, but acknowledged that he should have credited the original author for that inspiration. Hoping it was all over, he continued with his day-to-day life.

However, for Clowes’ fans and annoyed authors it was not over. A number of people took to the internet to complain about the actor’s poor creativity and his need to copy someone else’s work. This was not just on the social media websites; groups and forums were created for the public to complain. It took three days for the actor to finally take to Twitter and, sarcastically, thank people for their comments and protests.

Two weeks later and LaBeouf has decided to apologize, again, but in a very cloudy way. He hired a skywriter to fly the message “I’m sorry Daniel Clowes” across the Los Angeles skies on Jan. 1. It did not do much good, as Clowes lives in the Bay Area and was there at the time. Eric Reynolds, Clowes’ editor, was less than impressed by the Indiana Jones actor’s attempts.

To make sure the graphic novella author did see the apology from San Francisco, LaBeouf took a picture and posted it on Twitter.

To make matters worse, a number of previous apologies were plagiarized from others. The sarcastic remark that thanked the public for their protests was a copy of a comment that Mark Zuckerberg once made when Facebook was just starting out in 2006.

A subsequent apology, issued on Dec. 28, was a copy of an apology British Deputy Prime Minister Nick Clegg made, after failing to live up to his party’s pledge regarding tuition fee hikes. LaBeouf explained that, while someone needs to apologize for his mistakes, he also needs to learn from them.

Even while apologizing for plagiarized tweets, he plagiarized for a fourth time. This time it was an apology Lars von Trier made in 2011, after making poor remarks about Adolf Hitler at the Cannes Film Festival.

Now that LaBeouf has given his cloudy apology, Reynolds explained that the plot sounded familiar. He believes that the actor knew he was doing something wrong the whole time and, maybe, hoped that he would not get caught.