State of the Union Optimistic but Predictable

By Mark Clarke on January 28, 2014Comments Off on State of the Union Optimistic but Predictable 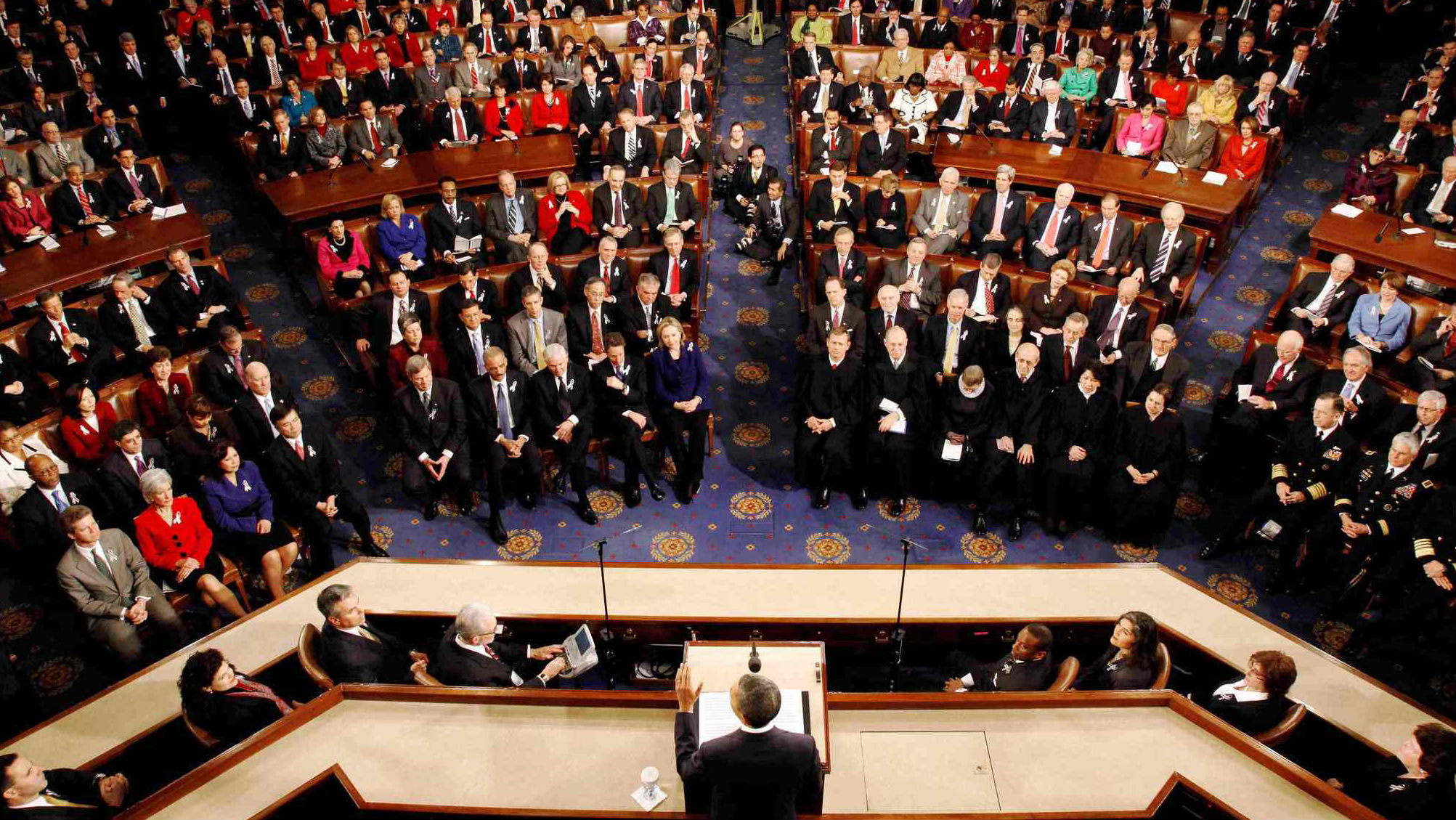 President Obama’s 5th State of the Union Address did not deliver any real surprises. The room seating was divided along predictable party lines, the Left and the Right applauded and withheld applause at predictable moments, coming together to applaud the military and the Olympics, otherwise acting like high-schoolers seated at different tables.

The President revisited a number of topics we have heard before, even going so far as to repeat actual promises that we have heard before. He dutifully called for the closing of the prison at Guantanamo Bay, something he first said as a candidate in 2008. The facility remains open, inmates who have never seen a trial remain incarcerated in a state of limbo. Only time will tell if the call to bring due process will yield actual results this time.

As expected, a significant portion of the address was aimed at the issue of income inequality. President Obama did not use the State of the Union as a platform to launch anything spectacular, although he did state his intention to raise the minimum wage for federal contractors to $10.10 per hour by executive order. He also called on businesses to do what they could to raise wages for their employees. This was one of the moments when the Republicans predictably withheld their applause.

President Obama called attention to the need for educational reform and equal access, which is nice in and of itself, but he did nothing significant to call attention to the controversy surrounding the implementation of the Common Core standards, or the crushing burden of debt that rising college tuition places on graduates. He spoke of the need to help Americans get properly trained for the technology-economy that has risen in the post-manufacturing era of American industry. To this end, he said that resources need to be dedicated to the STEM fields, which is true, but it would have been nice to hear him address the importance of the humanities as well. Science helps our country understand what is possible, but the humanities help to discern what is just and right.

Speaking of what is right and fair, the President cited statistics on the gender gap in wage equality, calling for women to be paid equally for equal pay. With women making roughly 77% of what men in similar positions earn, this is an issue more easily addressed than practically solved. But it is still nice to hear during the Union address.

The President touched very briefly on his intent to reform the controversial surveillance program exposed last year by fugitive whistleblower Edward Snowden, but offered no specifics. This is the kind of hot-potato issue that he could have handled more directly, but from the standpoint of political expediency, playing it safe is understandable. He has already stated his intention to maintain the program more or less in its current form.

He did use the State of the Union to announce a major withdrawal of forces from Afghanistan and promised to end America’s longest war, 13 years fighting there now, in 2014. Of course there was the usual rhetoric about Afghanis needing to steer their own ship, and the all-too-typical aside about the need to leave a “minimal force” in-country to follow training and anti-terror directives. So America is not really leaving that war-torn nation, just reducing its footprint on the ground. Similarly, he stated his intention to set limits on America’s drone-bombing program; this may mean a reduction in civilian casualties, a recognition that this type of collateral damage does not help to promote national security.

On Iran, the President called for Congress to allow diplomacy an opportunity to succeed, and threatened to veto any sanctions bill coming out of the legislature that threatened to derail efforts at diplomacy. He touted the inspections program in progress and, while he did call for vigilance in lieu of trust in America’s relationship with Iran, he spoke optimistically about Iran’s intent to dismantle its nuclear weapons capability.

The President also mentioned his intent to support both a two-state solution in the Israel-Palestine conflict, calling for an independent state for Palestinians as well as security for the state of Israel. This is not the first time that this line has been delivered by a well-intentioned statesman, yet a true, actionable solution remains frustratingly elusive. Still, his optimism is laudable.

President Obama did not launch the rhetorical onslaught on income inequality that some expected, although he did bring it up. His quote that “no one working full-time should have to raise a family in poverty” was generally well-received, and he introduced a plan to have the Treasury Department implement a retirement savings plan to help Americans secure their own financial future.

Overall, the State of the Union showcased President Obama’s rhetorical abilities, he is easily the strongest orator to hold office since Bill Clinton, and was a decent attempt to set the agenda for his remaining time in office. It was also a missed opportunity to more strongly state the nature of the social and economic crisis facing the country. Now that the speech-making is over, the hard work of actually getting Congress to do some work can begin.

State of the Union Address