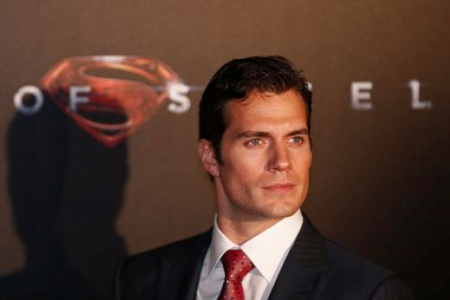 It looks like the upcoming Warner Bros blockbuster Superman vs Batman trades places with Peter Pan in terms of release dates. The new crossover film starring Henry Cavill, Amy Adams, Gal Gadot and Ben Affleck was set to premiere July 17, 2015. Now it appears that date will see the release of Hugh Jackman film Pan, where the Wolverine star is rumored to appear as Blackbeard.

Dan Fellman, president of Warner Bros domestic distribution, stated in a press release that the new Superman/Batman mashup will now premiere May 2016. The reason for the delay was, in the scheme of things, fairly minute. It does appear that both the studio and Zack Snyder just wanted a little extra time.

Zack Snyder’s Man of Steel opened in 2013 to mixed reviews from critics, but fans flocked to theatres to see Henry Cavill play Superman in the latest version of the world’s most famous superhero. The 30 year-old English actor played the Man of Steel with a lack of empathy and personality that bothered most critics. Audiences, for the most part, liked the film which showed in the box office proceeds of $668 million worldwide. It seems that personality flaws did not turn viewers off of Cavill as Superman. Batman, however, is a different story.

The news that Ben Affleck would be donning a cape to play millionaire crime fighter Bruce Wayne, aka Batman, was met largely with derision and dismay. Fans of the darker Batman as portrayed by Christian Bale started online petitions to get Affleck replaced as Gotham City’s troubled hero. Affleck has had some supporters, but, overall his casting as Batman has not gone over very well with most fans.

Less controversial was the news that Gal Gadot had been signed on to play Wonder Woman in the Superman vs Batman film. The superhero caper trades places with Pan and presumably the change of premiere dates has little to do with the casting choices of Warners. In terms of Israeli actress Gadot’s casting as Diana Prince, there has not been a lot of controversy about the choice. Some fans of Gal’s work in the Fast & Furious films have worried that the actress will be overshadowed by the two male leads in the film.

Of course Ben Affleck may not take over on screen, but, at least he has one “high powered” supporter. Oddly enough one of the film’s biggest rivals; in terms of box office competition via the Marvel-verse; Joss Whedon, has gone on record saying that he personally cannot wait to see what Affleck brings to the role of Batman. Citing the actor’s “chops” and chin, the Avenger’s director has said “he’s in” for an Affleck/Cavill “toe to toe.”

In terms of casting for the new Superhero crossover, Laurence Fishburne will reprise his role as Perry White and Diane Lane will return as Clark Kent’s adoptive Mother Martha. The news about the new Superman/Batman film was first announced at the 2013 San Diego International Comic Con. Since then, the studio has explained that the extended time added to the premiere date is needed to allow director Zack Snyder time to “fully realise his and the studio’s vision” of the film.

Superman vs Batman trades place with the live action Peter Pan film, Pan, starring Hugh Jackman as Blackbeard – rumored casting according to IMDb – and fans will have some extra time to get used to Affleck as Wayne/Batman. Considering that many fans of Chris Nolan’s, and Christian Bale’s, darker version of Gotham’s caped crusader are not happy with the idea of the Argos actor stepping into the Batcave, perhaps the additional wait will make the choice more palatable.