By Peter Grazul on January 26, 2014Comments Off on Ukraine’s Revolution Fueled by International Energy Politics 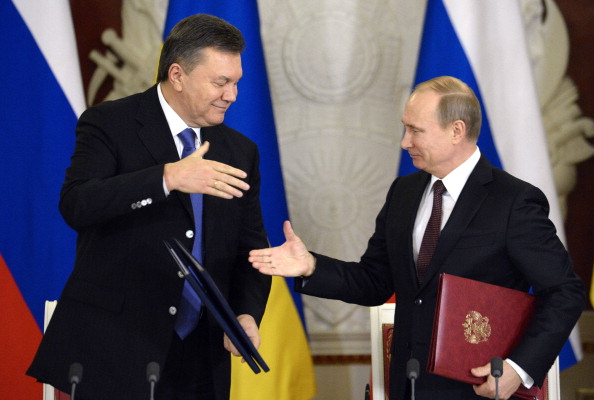 Ukraine’s revolution is fueled by international energy politics. The revolution that has engulfed the country resulted mainly from opposition to President Viktor Yanukovich’s decision to develop closer economic relations with Russia. The two countries have a unique relationship as their respective populations share a similar language, ethnicity, history and of course, a national border. However, the two countries share something much more meaningful in today’s global world: complex energy relations.

Russia is currently the world’s second largest exporter of natural gas. A large portion of its hydrocarbons are imported by Western Europe, which is heavily dependent on the pipelines that traverse Ukraine. Governments of Western Europe for years have tried unsuccessfully to lessen their dependence on Russia’s state owned Gazprom. The pipeline infrastructure established in the region is largely a result of Soviet era industrial planning, meaning that the oil and natural gas of countries such as Turkmenistan and Kazakhstan gets shipped directly through Russia when being sent to European customers. Gazprom for its part charges fluctuating transport fees.

When Yanukovich was deciding whether or not to sign a free trade agreement with the European Union, Russia threatened to raise the prices of its energy exports to Ukraine. Ukraine, already reliant on Russian energy, was even more so inclined to accept a Russian deal because of the approaching winter. What resulted in December was Gazprom agreeing to sell natural gas to Ukraine’s Naftogaz for $268.50 per 1,000 cubic meters instead of at the original price of roughly $400 per 1,000 cubic meters. Russia also handed Ukraine a $15 billion bail out package, with Yanukovich agreeing to use some of the funds to buy Russian hydrocarbons.

This is why Ukraine’s revolution is fueled by international energy politics. The European Union has thrown its support behind the opposition, largely in hopes that a change in leadership will allow Ukraine to remove itself from Russia’s sphere of influence. A pro-Western Ukraine will allow the European Union more power when bargaining with Gazprom over prices. Remember, the European Union currently does not buy oil or gas from Iran due to international sanctions. That being the case, Western Europe’s economy has become further subject to Gazprom’s dominance.

Russia, for its part, wants to maintain the status-quo. Following the economic disaster that plagued the country following the collapse of the Soviet Union, hydrocarbon exports have become essential to Russia’s economy. Russian politicians have made known their support for Yanukovich’s government fearing that unrest in Ukraine would be bad for business. Gazprom suffered a 10.5 percent decrease in profits in 2013’s financial third quarter. Although the company did not publically disclose reasons behind the loss, it can be inferred that it was due at least in part to Ukraine’s cutback in purchases and its debt of $2.7 billion to Gazprom.

That is a possible reason Russia offered Ukraine a deal it could simply not refuse. Cheaper energy costs would benefit Ukraine’s already struggling economy and Ukraine’s compliance would allow Gazprom to maintain its control on European markets. However, the people of Ukraine were not pleased with what was perceived as Russian bullying. Yanukovich’s agreement with Russia sparked protests that have since turned into the Ukrainian revolution. It is therefore ironic that protesters using Molotov cocktails against police most likely rely on Russian gas.

Europe has given its support to the opposition not so much because it views police crackdowns and anti-protests laws as contradictory to human rights, but rather because this is an opportunity to change the geo-political balance of power. Ukraine’s revolution belongs to the people, but is fueled by these international energy politics. As Russia and the European Union compete for power, Ukraine will continue to be ground zero.