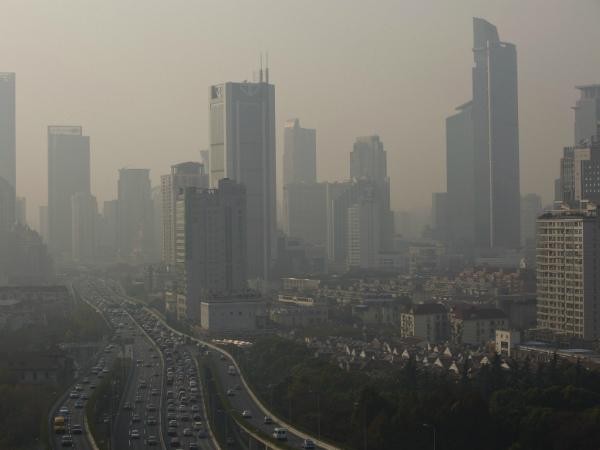 On Friday and Saturday, China’s capital reported an air quality index of over 400, which was cause for major concern as The World Health Organization deems that levels above 300 should be considered hazardous. This air quality index resulted in Beijing raising its air pollution alert to the second highest level for the first time in its history on Friday. In response to the extreme levels of air pollution, the Environment Ministry sent 12 teams to inspect industries in areas of China such as Beijing, Tianjin and also the province of Hebel to ensure curbs on production of steel, coal, cement and glass panels are being met, as well as other air pollution reduction measures and are being followed.

The 12 inspection teams that will be looking for violations which, if found, will be reported and publicized. The government is keen to address the problem soon, as it has caused discontent in its citizens as well as a poor image displayed to the world.

The problem is not new and has been ongoing for a number of years. According to a 2007 report by The World Bank, 16 of the world’s most polluted cities are located in China. The pollution in the cities encompasses different kinds such as air, water, organic and waste. Electronic waste in particular has become a big problem for China, in addition to the air pollution. In 2011, China produced the second largest amount of electronic waste in the world, 2.3 million tonnes.

There are emission standards for heavy polluting industries, but many say that they are not necessarily enforced. It has been said that the government has shown favoritism towards industries that contribute to economic growth but still produce a lot of pollution.

Some of China’s cities have set their own pollution reduction goals and measures, without being forced by a ban. For example, the Mayor of Beijing has pledged to reduce coal production by 2.6 million tonnes in effort to reduce pollution. He also stated that he plans to have $2.4 billion put into cleaning up air pollution. Xinhua News Agency reported that in effort to reduce air pollution, the capital of Hebei province, Shijiazhuang ordered a decrease in 20 percent of the private vehicles allowed on the road in urban areas. Hebei has already had 8,000 heavily polluting companies shut down as a result of reduction measures.

It is also reported that an increased number of people have been seen wearing masks in China’s capital and citizens are encouraged to reduce outdoor activities, as a result from the alert. There is also ban on barbecues, fireworks and demolition work as one of the reduction measures to decrease the amount of air pollution. Some factories were also told to decrease or completely stop production until the alert is lifted, which according to the National Meteorological Centre is not expected to happen until at least Thursday.