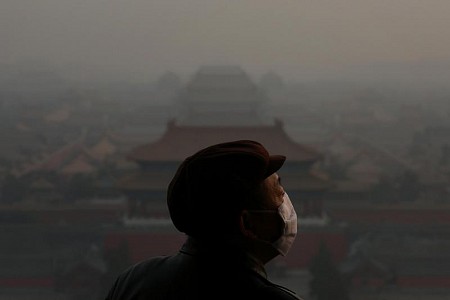 Air pollution is one of the most well-known environmental threats that people face. Pollution of the air is a very common problem, especially in certain cities. In places, pollution is so bad that the air hangs thick with a murky smog. However, air pollution can also be an insidious, invisible threat. As with most environmental problems, there are no quick and easy answers.

Sulfur dioxide is another type of air pollutant that is fairly common. Much of the sulfur dioxide pollution comes from power plants. Along with Nitrogen dioxide, this gas can potentially cause respiratory problems in cases of prolonged exposure.

There are several areas of the world that are struggling with the insidious menace of air pollution. China is one of the most well-known of these places. Beijing’s air pollution has been particularly severe as of late. Recently, dangerous material in the air reached an incredible eight times the optimum level. China plans to take extra steps to ensure that its environmental rules are being upheld.

In places like Beijing, air pollution is a fact of life. Hong Kong is another place that has been experiencing very heavy air pollution lately. In terms of air pollution last year was Hong Kong’s worst in nearly two decades. The air problems in this city have largely been attributed to traffic. The theory is that the gases from vehicles are essentially trapped by large buildings, thus concentrating the gas in one area.

It is interesting to note that some of the areas with the worst air pollution also tend to be very densely populated. India, another country with a heavy population, is also facing the insidious threat of air pollution. This winter has been especially tough for New Delhi, India’s capital. The amount of particulates in the air was several times the optimum level during the winter.

As with most many environmental issues, identifying the potential problems is much easier than actually providing a solution. A lot of air pollution seems to be caused by activities that are currently necessary for day-to-day life. Things like buses, cars, and factories all contribute to the problem. Perhaps this is what makes air pollution such an insidious threat. It is not like cars and factories can simply be given up, at least not easily.

People should keep in mind that any environmental regulations will likely have some sort of cost attached. The cost could be in dollars or in the restriction of freedom or convenience.

However, even if one leans toward a small-government, libertarian point of view, there are still grounds for basic environmental rules. For example, a person cannot simply dump harmful chemicals onto another person’s property.

Air pollution can be an insidious threat, especially around major cities. It is not likely that this problem can ever be totally solved with available technology. However, if people and corporations use common sense and responsibility they have a chance to lessen the effects of air pollution.