Apple Gets Health and Fitness Conscious 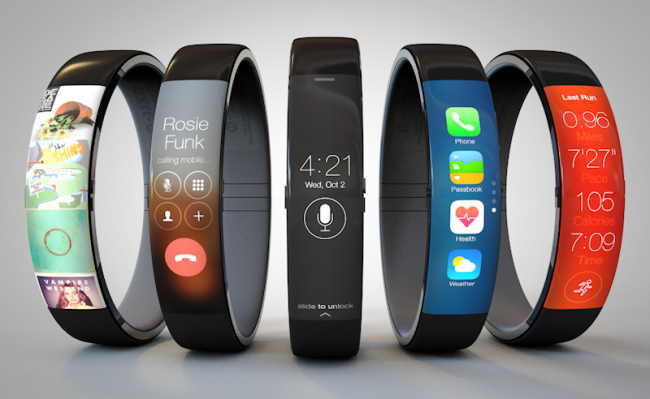 Apple’s conscious push towards the health and fitness sector gets a major push with the latest rumors involving iOS 8 and iWatch. The public calendars of the United States Food and Drug Administration, which lists out participants of meetings, indicated that senior Apple officials held discussions with the directors of FDA. The agenda of the meeting held in the month of December confirms to be focused on medical applications using mobile technology.

iOS 7 is set for a complete makeover with the impending release of iOS 8, and the biggest challenge for Apple, that has been doing the rounds, is in the sector of health and fitness. With more and more companies, including Apple and Google ready to barge into the wearable tech market, it was reasonably obvious that the primary bastion to conquer for any company would be in health and fitness.

Tracking the calories burned or the number of steps walked during a day is already part of its current iOS offering; however, the technology giant wants to spread its wings further to provide a more comprehensive set of solutions for its users. This would include customers using both its iPhone and soon to be released iWatch integrated together seamlessly through its operating system.

The rapid rise in the demand for effective solutions to stay in shape from the ever-increasing health and fitness conscious population of the planet also has driven companies to provide effective solutions in this regard. Currently code-named Healthbook, and probably amalgamated with iOS 8, the apps function would be to collate real-time physical status of the device-holder. The data can be put together through devices like iWatch which the wearer would need to carry at all times, although official confirmation on iWatch itself is awaited.

The physical information to be extracted which will eventually make sense to collect would be the heart rate, blood pressure, etc. The sensors in the device would be required to detect the changes in the functions of the body to quickly relay it to a reader to provide immediate medical advice to the wearer based on his physical condition. One can imagine that conditions like a heart attack and higher blood pressure can be read quickly by the device and the wearer can be alerted to take counter-action immediately to avoid any damage.

The rumors on the increased focus in the health and fitness segment are also strengthened by the meeting that Apple had with FDA as confirmed by New York Times report. Mark A. McAndrew, Partner, Taft Stettinius Hollister, was first to break the news on the FDA meeting. McAndrew was of the opinion that either Apple is trying to set straight the road to medical apps and devices or something was stuck with FDA for approval, which had to be clarified.

Either way, with executives of the level of President or Directors of both Apple and FDA participate in a meeting, it is bound to be related to issues which are strategically important to discuss. The $1.6 trillion health industry could also see products being introduced by Apple beyond the Smartwatch offer. It may be remembered that Steve Jobs was once in-impressed with the design of oxygen masks that he was made to wear in a hospital and he wished to bring in Apple design sensibilities to the health industry as a whole.

The possibilities in front of Apple are unlimited and millions of avenues are waiting to be tapped; however, only time will bring to the forefront whether Steve Job’s vision for the industry was effectively execute by Apple. Nevertheless, the company’s foray can be only good news for the field of medicine as well as the health and fitness conscious public going by the company’s reputation of offering highly useful and advanced products for the consumers.