Bariatric Surgery Not Covered Due to Outdated Guidelines 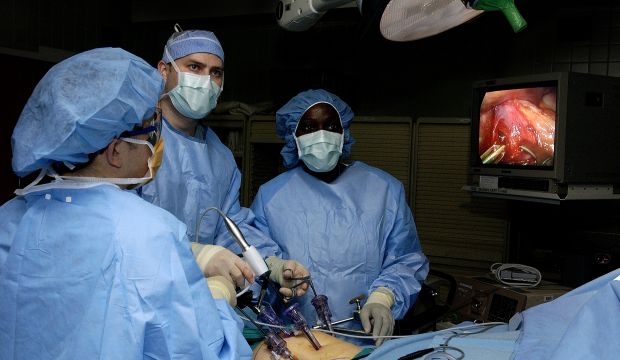 One-third of Americans are overweight or obese. As obesity rates rise, more people are looking to bariatric surgery as an option to lose weight and remove life-threatening diseases associated with the extra weight. They are being turned down, however, by their insurance companies that still go by guidelines that were set more than 20 years ago when the surgery was still new and more risky than it is today.

Though some still view the surgery as a last resort or an unnecessary and dangerous weight loss method, it does contribute to a longer life expectancy. Bariatric surgery has a real impact on obesity and obesity-related complications, but it is not treated the same as other life-threatening diseases which are automatically covered by insurance companies.

Two-thirds of company sponsored health insurance plans do not cover the cost of bariatric surgery, which is estimated between $15,000 and $25,000. Things are not expected to change under Affordable Care Act either. Under the new health insurance act, only 24 states require insurance companies to cover weight loss surgeries. Even then, they are not 100 percent covered. Patients can expect to pay up to half of the costs on their own.

The American Heart Association issued new guidelines in November, along with the American College of Cardiology and the Obesity Society. They urged doctors to recommend the surgery for patients with serious health problems resulting from the extra weight.

Gastric bypass is the most widely used, and the safest of the weight loss surgeries available. It involves stapling a small portion of the stomach and connecting it to the small intestine. By bypassing most of the intestines, all of the calories consumed are not absorbed, allowing for quick weight loss. It has helped patients lose an average of 30 percent of their excess weight.

Despite two studies conducted in 2012 that show bypass surgery can reverse diabetes, only 37 percent of insurance companies cover the weight loss surgery. Those that do cover it require candidates to go through a series of steps, including a psychiatric evaluation to rule out an eating disorder and mental issues. They must also go to support group meetings, undergo a supervised diet for six month to a year and get regular weigh-ins to qualify. Since many people fail to jump through all of these hoops, they never end up qualifying for the coverage.

Though the gastric band, another form of weight loss surgery, has a 20 percent rate of regaining the weight within three years of the surgery, that is not the case with gastric bypass. The safety level of bariatric surgery has also shown dramatic improvement since doctors began using the procedure when the initial guidelines for bariatric surgery were set by the National Institute of Health in 1991. At that time, the death rate for the procedure was one out of 100. Today, that number has decreased to one out of every 1,000 surgeries.

The guidelines they set back then limit surgeries to those with a BMI of 40 or more, or 35 with coexisting health issues that could lead to early death, if untreated. Insurance companies will not cover anything outside of these standards. The rules were created when the surgery was still new and the risks were significantly higher. There is a clear need to update these guidelines to reflect the changes that have occurred over the years and the decreased risk associated with bariatric surgery.

Patients who find it difficult to walk, are unable to manage their diabetes or suffer from heart problems due to obesity can benefit from undergoing bariatric surgery. Though surgery is not the answer for everyone and it does carry some risks, revising the guidelines could potentially save lives.