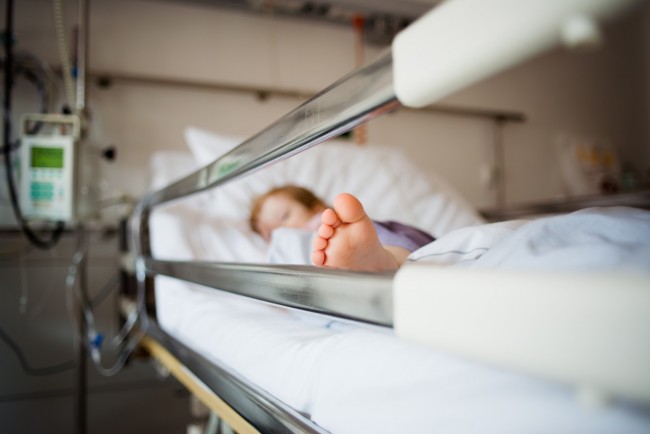 Euthanasia is nothing new to Belgium, in fact it was legalized for adults in 2002. On Thursday February 13, the Lower House of Parliament voted yes to extend the right to children. With the overwhelming majority of votes in its favor, Belgium’s “right to die” bill for children became one step closer to becoming a law. Thursday’s vote tally showed 86 members for the bill, 44 members against and 12 members abstaining. In December of 2013, the Belgian Senate passed the bill sending it to the Parliament. Although it is seen as merely a “formality” by many Belgians,  King Philippe now must sign the bill into law allowing a child to choose death in order for it to take effect.

The current law is extended to adults who endure “constant and unbearable physical or mental suffering that cannot be alleviated.” Much like the current law for adults, the bill requires strict guidelines with multiple criteria. In order for a child to qualify, the child must be terminally ill, have an incurable disease and be in intolerable prolonged pain. A child must be considered to understand the concept and finality of euthanasia. Though the act itself is a quick procedure, the process before is not. Children, just as adults do now, will need to go through extensive psychological evaluations with multiple doctors. Parental consent will be required as well as a written request by the patient.

The Belgian Parliament is not the first to vote yes on euthanasia in children. In 2002 the Netherlands also passed their “right to die” bill. However, the Netherlands extended the right to choose to children 12 or older. Just like most laws of its type, strict guidelines and rare circumstances need apply. Since 2002, only five children fitting all the criteria have chosen euthanasia. The subject alone stirs much debate even among medical professionals. The question has arisen as to whether, even if a child does understand the concept of finality, they choose it as a means to end their suffering or their loved ones suffering. In a letter being referred to on the subject, the consensus of 175 pediatricians is that there should be more time given before allowing children to choose euthanasia. Most physicians in the open letter did not see the immediate need to pass the law, feeling as though it would not alter the current course of action. The letter also states that the advancements in palliative care treatments for end-of-life patients eliminate a child’s suffering. Many physicians treating terminally ill children admit they have not seen a demand for this by their patients.

There are many countries that have laws in favor of physician-assisted suicide. Though not legal in all 50 of the United States, the practice  is legal in Oregon, Washington and Montana, all states considered to be liberal. Several other countries considered to be liberal have legalized euthanasia; there are only a few where it applies to children.  With the Parliament’s yes vote, Belgium aims to become the first country to place no age limitations on the “right to die.”