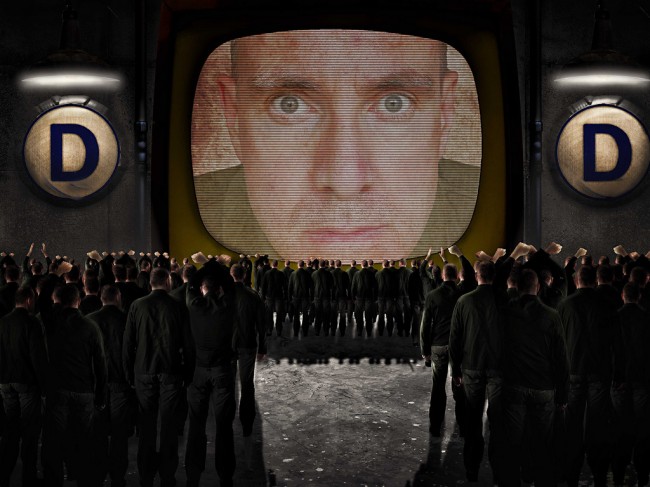 Famous British character James Bond is infamous for his abilities as a secret agent, and now it’s clear that  spying has been in his blood the whole time. Reportedly, more than 1.8 million Yahoo users were captured by the roving eye of Britain’s GCHQ, or Government Communication Headquarters. Operating under the code-name Optic Nerve, the GCHQ spent 2008 collecting images from around the globe via Yahoo video chat. For anyone that felt that Big Brother was neglecting to watch the internet, this is official notice that at least one British agency is keeping an eye out.

The alleged “point” of capturing these images was to search for criminals and those suspected of terrorism. While this may technically be a valid reason to infiltrate private conversations, it must be included that the majority of the people whose images were captured were not actually suspected of anything. Particularly due to the blatant interruption to the lives of law-abiding citizens, it is likely that future endeavors by the GCHQ and others will be carried out with more respect for privacy.

The discovery of Optic Nerve will almost certainly shake up the privacy agreements of Yahoo and other companies that offer video chatting. Yahoo has claimed their innocence in this affair, declaring that this is all news to them. They have been assertive in stating that it is now and has always been their intention to protect the privacy of their users.

The NSA is currently at work, trying to enact appropriate legislation that provides the best of both worlds: tight security without improper invasion of civilian’s lives. Led by General Keith Alexander, the NSA holds strong to their side of the story; their work is critical and must be carried out. The general thought seems to be that the importance of their work trumps the convenience and privacy of those whose lives may be under surveillance. While many have concerns about their individual privacy, the NSA is more concerned with watching for potential threats, as are their British counterparts. Alexander openly stated his regret about the poor reputation of the NSA and their media depiction as villains. This news of British endeavor, Optic Nerve, certainly won’t help the reputation of any spy agency. Still, though Big Brother does not sound like an appealing concept, most would also argue that their safety is important.

But as much as anyone is interested in warding off danger, it is problematic for private images to be captured, particularly in situations that are arguably private. In the case of the images in question, perhaps the GCHQ got more than they bargained for. Allegedly, up to 11 percent of the images included nudity. Nick Pickles, the current Civil Liberty Director for Big Brother Watch made a statement about GCHQ’s activities: “Orwell’s 1984 was supposed to be a warning, not an instruction manual.” Well, apparently Big Brother is real and watching, but maybe next time, he will decide to knock first. It remains to be seen exactly how British and US agencies will carry out their surveillance from this point forward, but certainly those who believe it’s better to be safe than sorry might keep their pants on, particularly when video chatting.