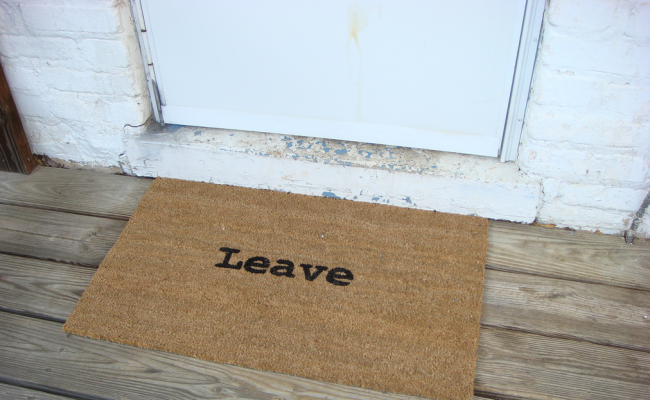 Capital One, like many other creditors send out tedious and lengthy updates of a contract. Lost in translation, many consumers toss the mailers away without a second thought. There is one area of Capital One’s contract that recently created a public outcry – reportedly the company can “contact” an individual at their home or even their place of employment. This level of personal visitation is now demanding a revisit from one the largest creditors across the nation.

Pam Girardo, a spokeswoman for Capital One states the contract term is nothing new, advising it has been in place for some years. While that is the case, there is a sudden uprise of interest within the clause after a recent acquisition of British based, HSBC Holdings. Capital One paid $2.6 billion three years ago to acquire their credit card division. Just recently, Capital One sent out updated letters to those new customers, advising of the provision. It seems one consumer took an interest.

A 71-year old retired teacher and former HSBC customer, Rick Rofman read the insert. He stated he was surprised to see such a clause as he had “never seen this anywhere.” A simple connection with the LA Times landed the story on David Lazarus’ column, and created a backlash Capital One is now responding to. The bank immediately released a statement advising they do not “visit our cardholders,” and they also “do not send debt collectors” to individuals’ homes. The large bank stated they would revisit the exact wording as they do not want to create “insecurity” among their millions of customers, after the public outcry.

The home visits were just one facet, in addition, the contract stated the bank might appear differently on a caller ID through some phone exchanges. This method is called spoofing and walks a gray line between what is legal and what is listed as fraud under the Truth in Caller ID Act. Basically, a consumer’s phone may ring and instead of showing Capital One, it may just show a local pet store to encourage the customer to answer the phone.

The personal visit clause is something seen in some other bank contracts as well. The International Business Times reports Sunrise Bank, Southern Commerce, MB Financial Bank, United Bank and other less known names, display this clause. Interestingly, Capital One’s fierce competitors Bank of America and Citigroup do not add this clause at all to their contracts.

The outcry has landed Capital One in social media hot water. Facebook is a platform of viral spreads that can rise or drown a company in feedback. Consumers raged on the Capital One Facebook page, showing their dissatisfaction of the questionable clause. With nearly three million likes, the company has become a bed of criticism from many responses:

Guess what isn’t in my wallet anymore!!! -P Vestal

I will no longer be accepting capital credit cards for any purchases at any time. -P Bosco

I can just see your new ad campaign: “Capital One: Who’s on YOUR doorstep?” – K Smith

The comments continue not only on Facebook, but Twitter and other social media outlets. One 71-year-old retired English teacher showed the world how important it is to read credit card terms received. Prior to signing up for a credit card, read the terms, no matter how long – to understand the fine details included. Capital One has heard the public outcry and reported to CNN Money they will be revisiting the contract terms. By separating agreements, consumers may receive another update to their contract to confirm the personal visits clause is removed. It is suggested consumers thoroughly review the changes and make the decision that agrees with their financial position.