Glee Star Lea Michele Gets Through Grief With Music 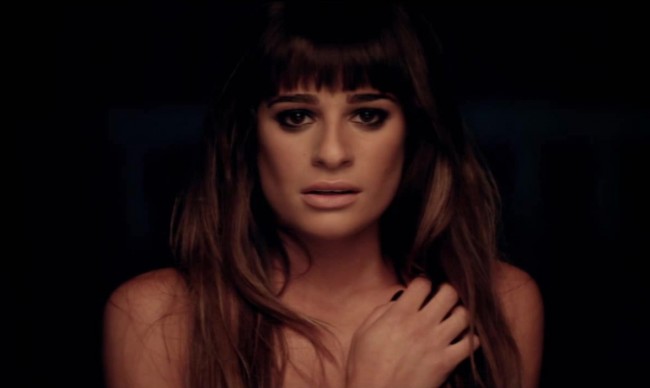 For many, FOX hit Glee represents more than a vocal ensemble of teenaged misfits spouting out an array of catchy pop and musical theater mashups. Since its inception, the show has emphasized the important concept of music as a means for self-expression, and even survival. The show has previously featured the ensemble cast using music to help them cope with several situations from bullying and self-esteem to family life and marriage. Since the untimely death of her co-star and real life boyfriend Cory Monteith, Glee star Lea Michele has had to learn firsthand about how music can be a powerful tool in getting through the grief.

Though the entire cast of Glee was no doubt hit hard by Monteith’s passing last July, most of the attention got turned over to Lea Michele, as the world wondered how the young star would cope with the loss of her boyfriend. Michele proved to be as enduring as her Glee character, graciously sharing her positive memories of Monteith, and moving forward with poise in spite of tragedy.

Yoga and meditation are two things Lea has credited with helping her to move on. Additionally, she took comfort in returning to work to be with her cast and crew, who she states, have become her family. But now, after months of walking through this sad time, Michele is perhaps most triumphant about the release of her solo album, Louder.

It’s not surprising that the 27-year-old singer has clung to music as a means of healing. In a heartbreaking track, Michele reveals that Monteith’s last words to her were “if you say so.” According to Michele’s lyrics, Monteith had said, “I love you girl.” She responded, “I love you more.” And in the last breath Monteith uttered to his girlfriend, he said, “If you say so.” Fans of Glee and of Michele’s other work will undoubtedly delight in her album, but it also serves as a hugely powerful tool for Lea to honor the memory of Cory. Though grief is a long and arduous road, Lea will certainly get through this, and if her new album is any indication of how to intends to persevere, it looks like she’ll do it with a song in her heart.

Though all people deal with grief in different ways, music has been a long-respected tool for coping with loss. According to the American Music Therapy Association, music can reach beyond the power of talk-therapy in a myriad of ways. When appropriately implemented, formal music therapy has (in many cases) offered therapy patients with a quicker road to get through to recovery. But even without a certified music therapist, people can benefit from the healing power of music. Whether it’s something minor like the stress of being stuck in traffic, or the heartbreaking circumstances of losing a loved one, just the act of listening to music can be healing. For the entire cast of Glee, this is encouraging news as the young cast get to sing together regularly. As for Lea Michele, her very public experience in grieving the loss of Cory Monteith has shown the young star to be a glowing model of what it means to be strong.