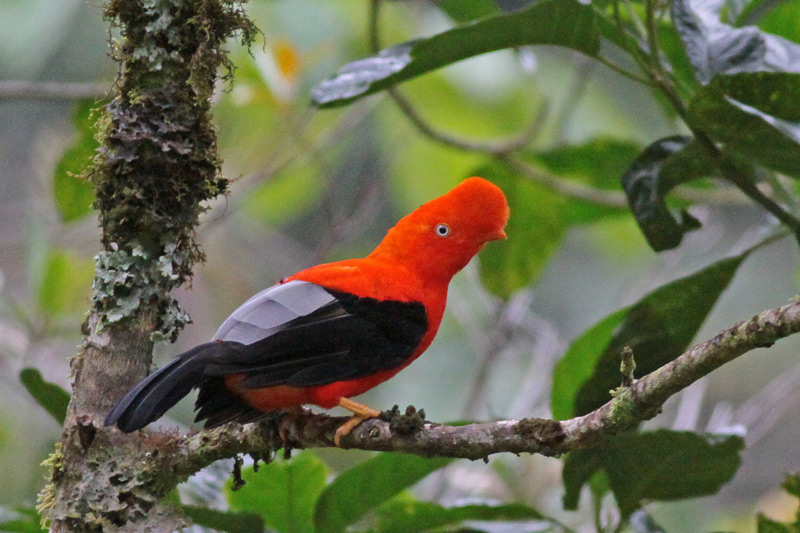 Researchers discovered that the effects of global warming create a greater impact among species in tropical rather than temperate latitudes. This discovery predicts that species inhabiting tropical mountain regions will suffer higher rates of extinction as a consequence of global warming than species of any other ecoregion.

To test this hypothesis, researchers traveled to New Guinea to conduct resurveys on Karkar Island and Mt. Karimui. These two sites had been previously surveyed 44 and 47 years ago respectively. Specifically the researchers were looking at the distributions of different bird species over different altitudes. The researchers predicted that if their hypothesis about responses to global warming was correct, the birds they observed would have territories at higher elevations than what they had had over forty years ago.

And indeed, this proved to be the case. Shifts at higher elevations were averaged to be 113 meters on Mt. Karimui and 152 meters on Karkar Island. Birds that inhabited lower limit territories were also observed to have a shift in territory, but this was slightly less pronounced. Species that lived in more tropical regions were impacted to a greater extent and with a closer correlation to global warming trends.

The researchers then conducted a meta-analysis and found that their data matched information from other sources as well. Despite how the public has adopted the image of the polar bear as the poster child victim of global warming, it seems that tropical species are particularly vulnerable to global climate changes as well (though the study did not examine arctic species). In particular, species that inhabit mountainous regions of tropical zones are especially at risk. Similar to the behaviors found in their temperate-zone counter-parts, tropical species respond to warming trends by moving their territories north and/or to higher elevations. Species that inhabit mountains are at risk because their upward mobility is limited by how high the mountain is and also the diminishing territory size.

The idea that tropical species are particularly impacted by climate change is cause for alarm because the tropical attitudes are also the most biodiverse. In the tropical Andes alone they are 1724 different kinds of bird species, and over 500 of them are endemic to the region. The diversity is also very high among species of mammals, reptiles, amphibians, and freshwater fish. Such high diversity has led to the labeling of Ecuador, Peru, and Colombia (countries through which the Andes Mountains stretch) as “biologically megadiverse” nations. And this is only one region in which extreme biodiversity is connected with tropical mountainous regions. With so many species tied to tropical mountain ecoregions, the world might stand to lose some of its greatest biological richness where it is most vulnerable.

Though the evidence here points to the idea that tropical species are more severely affected by global warming than their temperate counterparts, not everyone is convinced. In one study published by Global Change Biology on the Australian Drosophila (a species of fruit fly) it was concluded that temperate and tropical species will experience similar changes in distribution. Certainly more data is needed to provide a comprehensive and clear picture of how changes in global climate will affect the world’s biodiversity. The trick will be to find a balance between researching answers to impactful questions while taking action before it is too late.