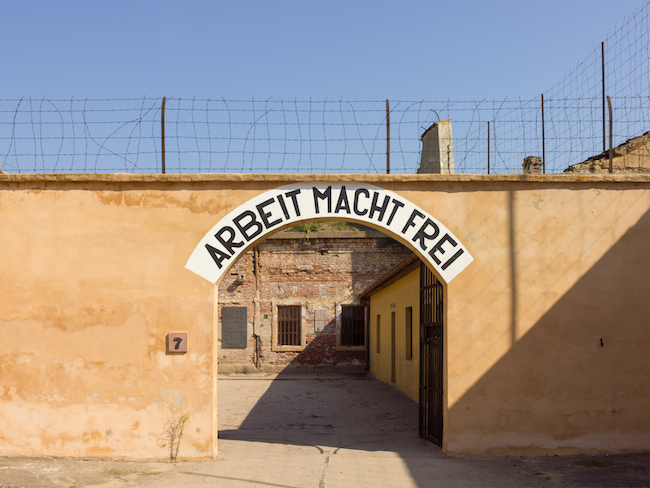 Alice Herz-Sommer, believed to have been the oldest Holocaust survivor in the world, passed away today at the age of 110. She lived in London, and according to the UK newspaper Daily Mail spent two years at the Nazi death camp Theresiebstadt in Czechoslovakia city of Terezin. She is said to have lived a dynamic life that included close relationships with famous authors, musicians and other artists as well as her internment during World War II.

A film about her long life has been nominated for an Oscar at the Academy Awards. The film, The Lady In Number 6, is a documentary short and some say it is a shoo-in for next weekend’s awards ceremony. It was directed by Malcolm Clark and is up for Best Short Documentary. It is about her love of music and how playing piano while imprisoned in a Nazi camp helped her to survive the ordeal.

She was an accomplished pianist and had told many that she survived the Holocaust because of her love for music. A YouTube clip below from the film features her playing the piano.

She was born in Prague in 1903 which is now known as the Czech Republic. Prior to the horror of World War II, she met Franz Kafka and struck up a relationship. She says she loved to listen to the stories that the author told her. It is doubtful if she had any idea that she would be swept up in one of the most tragic and horrific events of the 20th century, let alone pass away the week a film about her being the oldest known Holocaust survivor was to possibly win an Oscar.

She was truly a survivor. According to Reuters, she never learned where her mother, Sofie, was ultimately taken nor where she died after the family was rounded up. Her husband, Leopold, was separated from her and taken to Dachau, where it is said he died from disease. Their son, Raphael, survived along with her and they were released in 1945.

Prior to his passing in 2001, Raphael was a concert cellist as well as a conductor. He had at least one son, Ariel Sommer, who confirmed his grandmother’s death to news outlets. News reports said that Sommer commented that hers was a peaceful passing.

When she was detained in the Nazi prison camp, she was part of a group of artists who practiced and performed plays and even an opera. According to her accounts, it was the music that helped her maintain her spirit through the horror of it all.

There were also two books published about her during her lifetime. One was written by Caroline Stoessinger and called A Century of Wisdom, and it features a foreword by Vaclav Havel, a former president of Czechoslovakia and himself a poet, playwright and dissident. It was published by Spiegel & Grau and released in 2012. The other is A Garden of Eden in Hell and was published in 2008 by Macmillan UK.

Despite being the oldest Holocaust survivor in the world, Herz-Sommer was said to remain positive of her life, and that she regularly played piano up to the time shortly before she passed away on Sunday.