Luis Aragones Passes Away at 75 After Stellar Record With Spain 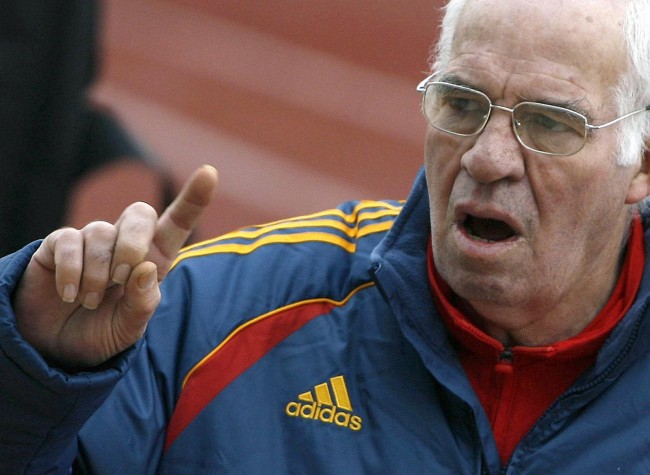 Luis Aragones, the former Spain national head coach, passed away at the age of 75 after achieving a stellar record with Spain. His coaching for Spain from 2004 to 2008 led to Spain’s rise to the top team of the world. Spain won the FIFA’s Team of the Year consecutively since 2008.

The Spanish Football Federation announced the coach’s death at a Madrid hospital early Saturday. He was previously diagnosed with leukemia. Federation president Angel Maria Villar said Aragones would be remembered for his dedication to the success of Spain.

Aragones was appointed to the Spain’s head coach position after the Euro 2004. Despite a team embedded with much talent, the Spanish national team had become a joke in the league, due to “choking” when it came to the crunch. The Euro 2004 was no exception. Although it had the roster filled with star players from the world football, the team did not even make it to the knockout stage. After sacking Inaki Saez, the Federation hired Argaones in 2004 to prepare Spain for the 2006 World Cup in Germany

Aragones was determined to change the team culture and the style of team playing. For the 2006 World Cup, he tried to infuse the confidence into men who he thought were already capable of playing the game at the highest level. He once told the media, a month before the competition, that Spain would win the World Cup and that if not, he would quit the job. Even after Spain failed to move past France in the second round, the Federation still saw him as the man who could really turn the team around. Aragones stayed on to have a stellar winning record with Spain which people around the world still remember as he passes away at 75.

To reach his goal, however, Aragones had to make some controversial choices. He saw the need to change the playing style of the national team. After defeats to Sweden and Northern Island in the Euro 2008 qualifying games, he believed the team’s playing style needed to change completely. He introduced, what is today called, “Tiki-Taka,” a tactical deployment that heavily relies on the technical football, more passing and less long-ball. He then dropped Raul, a beloved favorite player of Spain. Another controversy erupted when he used a racial slur when it came to describing France’s Thierry Henry. Despite these controversies, the Federation and his players supported him.

The Aragones’ team started the remarkable 22-game unbeaten run which reached a peak when Spain won the 2008 European Championship. Despite winning the first major trophy since the 1964 European Championship, however, he stepped down stating that there was nothing for him to achieve any more.

Aragones’ legacy is impressive and nearly beat another. By the record, Vicente del Bosque, his successor for the Spanish national team, achieved more, winning both the 2010 World Cup and the 2012 European Championship as the coach for Spain and countless trophies for Read Madrid. Even though word has surfaced that Aragones passed away early Saturday at 75, people in Spain and around the world will remember him for his stellar wins record, due in part to his “Tiki-Taka” style of football that still dominates the sport.