Manchester United and Arsenal in Stalemate 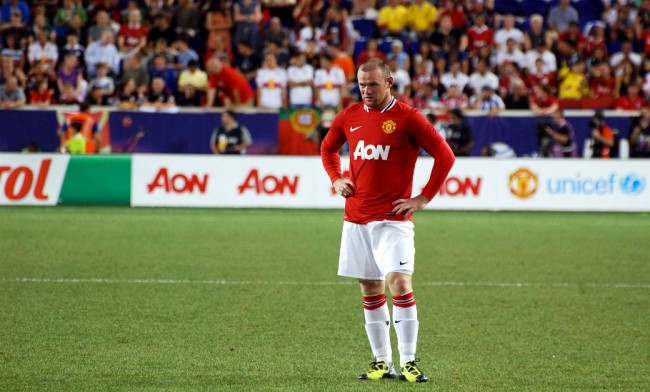 Manchester United and Arsenal played out a 0-0 stalemate in a night of few chances for both sides. Arsenal went into the game having conceded just one goal in the last 11 at home, while United went to the Emirates Stadium buoyed by the fact they were unbeaten in their previous five encounters against the north Londoners. In fact, the Gunners had only managed to beat the champions once in the last 13 meetings.

The home side knew that a victory would have taken them back to the Premier League summit after Chelsea’s 1-1 stutter at West Bromwich Albion last night. Furthermore, third-place Manchester City’s home game with Sunderland was postponed due to adverse weather conditions so the onus was on Arsenal to make the game count.

Both sides should have scored in the first four minutes after a very bright start to the match. First Arsenal old boy Robin van Persie fired straight at Wojciech Szczęsny and then Gunners forward Olivier Giroud could only direct his free header wide at the other end.

Van Persie was given a chance to redeem himself when Juan Mata set him free just under 15 minutes later, but the Dutchman fired so far wide it was not clear if his attempt was a shot or a cross. The rest of the first-half was rather non-eventful, with Giroud wasting a couple of half-chances chances for the home side while United looked to hit their opponents on the counter attack with the triumvirate of van Persie, Mata and England striker Wayne Rooney.

As both sides went off at the break, both the Manchester United and Arsenal  coaching staff will have wondered why the teams did not break the deadlock and avoid going in to for the half-time chat for a  0-0 stalemate after the first 45 minutes.

United veteran defender Rio Ferdinand came on in the second-half in place of Brazilian Rafael, which coincided with the inertia that set in for both sides. Neither side looked to grab the initiative as they both seemed to wait for the other side to make a mistake. Laurent Koscielny went close for Arsenal when his header was cleared off the line by Antonio Valencia and Gunners fans screamed out for a penalty when United’s Nemanja Vidić knocked Giroud to the ground.

It was not until the introduction of United’s Belgian-born teenager Adnan Januzaj, in place of Mata, that the away side showed any renewed threat. However, it was Arsenal who should have taken the lead in the 77th minute but Frenchman Giroud could only fire wide when he lost Vidić.

Less than a minute later, United hit Arsenal with a classy counter-attack when Rooney picked out van Persie, but the latter’s header brought off a brilliant save from Szczęsny, who palmed the ball onto the bar. Van Persie will look back on the evening knowing he should have converted at least one of his three good opportunities.

In the end the points were deservedly shared – Manchester United and Arsenal played out a 0-0 stalemate in a night of few chances for both sides.