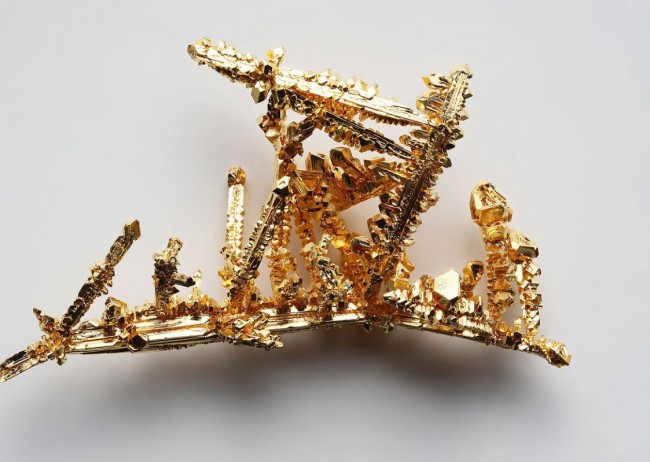 Nano-Motors manoeuvre inside human cells in a test performed by a research team at Pennsylvania State University. The researchers were able to manipulate rods of gold less than 5 nanometres long through the fluid environment that cells live in, and were also able to get the particles inside the cells themselves. The movement is achieved through the use of ultrasonic waves, which are pointed at the particles from outside the fluid. The nanorods were coaxed into forward movement and frenzied spinning by using this method. Although the waves pass through the organic material with no effects, the denser atomic structure of the gold flakes allows them to catch the waves, similar to a sail on a ship catching wind. Finer movement is taken care of via magnetic fields, and early tests were able to direct the particles independently of each other into several individual cells.

The cells used were HeLa samples, an endlessly replicating type of human cervical cancer cells. These are the lab rats of cellular experiments, and once the nano-motors were coaxed through the cell’s membrane the researchers were able to use the ultrasonic waves to spin and thrash the gold particle within the cells body, shredding its internal structures and destroying the cell. There is hope that this method could be used to fight cancer in people one day, as the particles can be directed to attack only cells that are causing the cancer while sparing healthy cells around them. While the motions are quite crude at this point, but the research team is optimistic that one day the can make nano-motors manoeuvre inside human cells with enough precision to administer medicine internally, or perform surgical repairs on individual cells, eliminating the need for invasive surgeries or painful shots in the arm. There is even talk of being able to enter a cell with the intention of manipulating its internal structures in a way that would allow control of the cells processes and movements.

Although the idea of machines small enough to enter the human body has been around for some time, this is the first prototype capable of moving through both a liquid environment as well a cells internals without being toxic or harmful. Earlier iterations propelled themselves with the use of toxic fuels that polluted their environment, and lacked the ability to navigate liquid solutions. Discovering the ability to control the nano-motors through ultrasonic waves was the breakthrough the team needed to begin the phase of testing the machines inside live cells. Although it will still be years before nano-motors manoeuvre inside human cells on a regular basis, the implications of its possibility have huge potential to revolutionize medicine as we now know it. The ability to administer medicine to the exact cells that need it, or to eliminate harmful pathogens or mutations within the body without having to subject patients to invasive procedures can lead to a world of medicine that is more precise, less expensive, and less traumatic for patients suffering from nearly any illness.