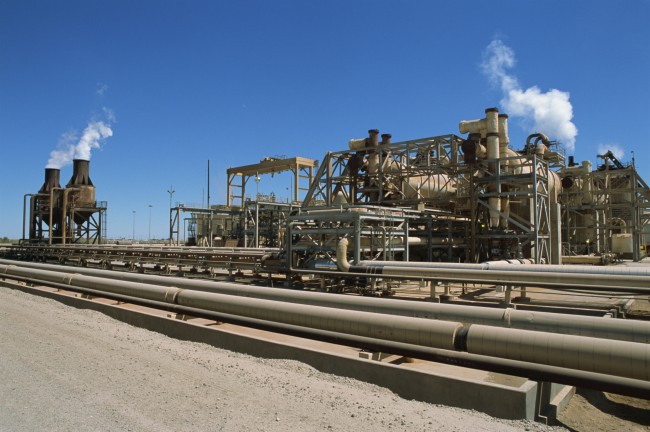 Natural gas has been a solution to energy sources for many years, but plans to implement the resource as a more viable fuel option have been met with burning concerns. In recent studies, it has been discovered that methane leaks that result from drilling and production of natural gas could harm the planet’s climate more than making the switch from diesel would help to save it.

Natural gas produces about 30 percent less of the carbon dioxide emissions that contribute to greenhouse effects once the gases have become trapped within Earth’s atmosphere. However, methane leaks could pose an even greater risk if increased amounts of it were allowed into the atmosphere. Methane is a chemical compound that is the main component behind natural gas, but it is also 30 times more potent than carbon dioxide, which is currently the second most active greenhouse gas in the planet’s atmosphere.

These leaks would effectively cancel out any of the positive changes that would be experienced by using natural gas as an alternative fuel for automobile transportation. These conclusive statements are the result of several scientific studies conducted within Stanford University, the Department of Energy’s National Renewable Energy Laboratory, and the Massachusetts Institute of Technology. Reports have concluded that levels of methane previously measured by the Environmental Protection Agency have gone up 50 percent so far, which is an indication of the increased amounts of methane is collecting in the atmosphere as a result of the production of natural gas.

Despite the burning concerns that it faces, reports from the study do indicate that a switch from coal to natural gas solutions will still have the effect of lowering environmentally harmful emissions in the long run. Taking into consideration the fact that emissions from natural gas total up to half of the amounts observed being produced by coal, even adding in the elevated levels of pollution from methane still paint a more positive outcome over the course of a century.

These studies work to further support the motives of northeastern states such as New York, who have been urging the federal government to pursue enacting regulations on the emission of methane. As it stands, there are currently no such regulations in place to moderate methane emissions resulting from work in both oil and gas production, however there are now states that are considering enacting these types of rules.

The natural gas industry has also faced its share of praise among these burning concerns. In two of his State of the Union addresses, President Barack Obama cited the natural gas industry as being responsible for jobs and a more positive impact on the environment as opposed to coal sources. At the same time, states such as New York have filed a petition calling the EPA to create federal regulations for methane leaks. This recent study adds additional weight to their position, and gives the EPA. reason to take action to ensure that leaks are sealed using methods including wellheads and regularly maintained valves within production facilities.