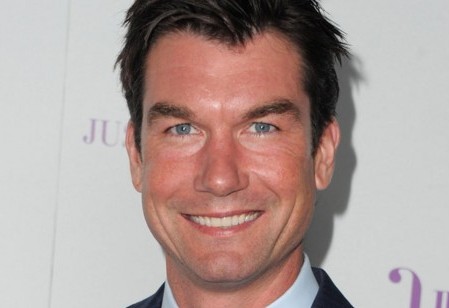 Shia LaBeouf may be doing his version of penance for “multiple” plagiarism very seriously, but, that has not stopped Funny Or Die from teaming up with Jerry O’Connell to spoof the Nymphomaniac star. He stormed out of a Berlin press question and answer session, after being asked, along with every other actor on the panel, if the actors in the film found the sex scenes difficult and LaBeouf responded with a quote from French soccer player Eric Cantona and left the room. Later the 27 year-old performer attended the premiere of the same film wearing a suit and paper bag over his head. The bag read “I am not famous anymore.”

At the time it seemed that the Transformers star could not top his bizarre behavior, but, he managed to outdo himself with his live artistic apology exhibit. In a shop, with covered windows and a sign that says #IAMSORRY Shia LaBeouf, the actor sits in a small back room with a paper bag over his head; the same one, apparently, that he wore to the Berlin premiere of Nymphomaniac.

Before entering the back room, “patrons” are let into a foyer which has objects on a small table. These items are from different films from LaBeouf’s career. A whip for Indiana Jones and the Crystal Skull, a toy transformer from any of the Transformers films and several more eclectic items that included a pair of pliers; a book by the man Shia plagiarized, Brian Clowes, and a bowl of tweets. Those who are interested enough to stand in a long line are allowed to enter one at a time.

After entering, visitors are to pick up one of the “artifacts” from LaBeouf’s table and they are then allowed into the small room which houses the repentant actor. While Shia is apparently combining living art with his “heartfelt” apology, it is not interactive. Some journalists have reported that they actually talked to the actor with no verbal response from the bagged figure. Other’s said that when Shia removed the bag he either appeared to have been crying or laughing. Regardless of what he was doing under the bag or out of it; Funny Or Die have teamed up with actor Jerry O’Connell to spoof LaBeouf’s #IAMSORRY exhibit.

In a shop right next door to Shia’s apologetic art piece, 39 year-old O’Connell has set up his own exhibit. Copying LaBeouf’s decorative style; a blanked out window; with the words #IAMSORRYTOO Jerry O’Connell printed across the front. Like the HowardCantour.com director, O’Connell has set up a table with his own film artifacts which includes a kangaroo, a toy not the real thing, in honor of Kangaroo Jack and a DVD of the film Stand By Me amongst other things.

The Scary Movie 5 actor also presents himself with a paper bag over his head which says SUPER FAMOUS. There is where the similarities end between LaBeouf and O’Connell in their #IAMSORRY motif. Where Shia says not one word, Jerry apologizes non-stop to whatever is said by the patrons who enter the exhibit. One reporter stated that O’Connell was so talkative that he, the reporter, could not get a “word in.” The same journalist said that the actor later offered him a “bite of his sandwich.”

Shia LaBeouf may indeed be very serious about his artistic apology exhibit, but, Funny Or Die and Jerry O’Connell have teamed up to spoof the younger actor in his very public penance. This sponsored “leg-pull” has not been given an air date on the Will Ferrell and Adam McKay video website just yet. After the video is posted, it may not stay on very long unless viewers vote whether they like it or not. It will be interesting to see how Jerry O’Connell’s #IAMSORRYTOO video compares to Between Two Ferns or Bieber After the Dentist. Only time, and a lot of views and votes will tell.