By Hammad Ali on February 6, 2014Comments Off on South Africa Mourns Loss of Miners 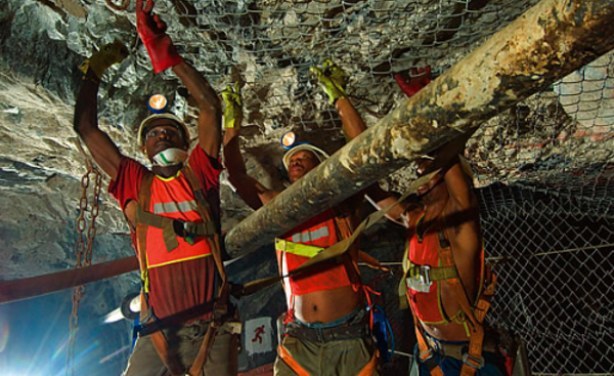 A tragedy that occurred this Tuesday has South Africa mourning the loss of its gold miners. Authorities are still wondering as to what actually caused the fire, but the entire event claimed the life of eight miners with one still missing.

One of the most valuable forms of jewelry is without a doubt gold. Just as difficult it is to purchase a piece, obtaining it and refining it is a struggle of its own. Gold is found in ores in underground mines and has to be extracted and refined from there. The conditions these miners have to go through are often harsh and unsettling. These miners often face cramped areas, sometimes completely devoid of light, and depending on the type of mine,  polluted air. Miners often even face violent conditions such as cave-ins, a calamity that has claimed the lives of many over the years.

South Africa is one of the leading exporters of gold, so gold mining is considered a huge industry in the country. Because it is such a big industry, disasters are bound to occur, and that is exactly what happened a few days ago when eight miners lost their lives to a tragic accident. The incident occurred when a fire engulfed the lower levels of the mines; the cause of the blaze remains unknown. Some are speculating that there was a seismic tremor that might have been the cause, as there has been confirmed seismic activity in the area; it is possible for a tremor to be the fuel behind the fire. Although the cause remains uncertain, the result is the same nonetheless as South Africa continues to mourn for the miners who lost their lives in the incident.

There were around 130 miners present when the fire started, with as many as 35 in the vicinity of the fire. Many of the miners were rescued immediately; however, others were rescued gradually, and some were not so lucky. While eight bodies have been discovered, one miner is still not accounted for. His fate still remains unknown. The National Union of Mine Workers (NUM) expressed their sorrow over the lives lost and sent their condolences to the families of the victims. NUM stated that they would heavily invest their resources to figure out the exact cause of the fire so that such a calamity could be avoided in the future. They wish to avoid any such accidents from repeating so that a safer working environment for the miners can be created.

The recent tragedy brings to mind an event in 2009 where nine miners were victim to a rock fall in a platinum mine. Mining is considered by many to be the backbone of South Africa, which contributes to a high portion of the country’s economy. For such an important industry to exist, it is imperative that counter measures be taken to ensure the safety of the men that enter these mines. If certain measures are not taken then further lives might be lost and others would have to mourn for their loss just as South Africa does over the loss of the gold miners.