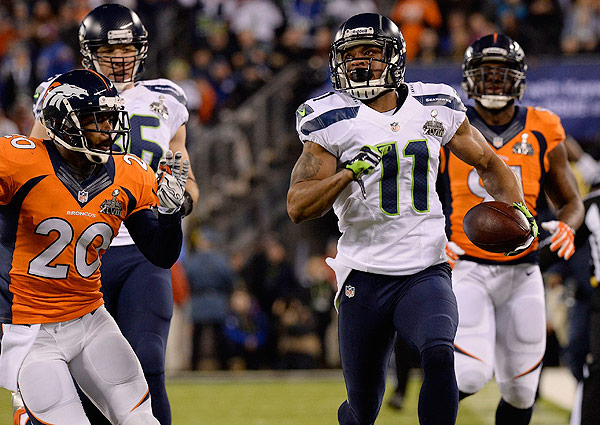 Super Bowl XLVIII was one of the most lopsided contests in the Super Bowl’s illustrious history. The pageantry was tarnished by an utter thumping. The Seattle Seahawks embarrassed the Denver Broncos 43-8, in what was an obvious mismatch. The game did not live up to the hype. The game was all but over once Seattle accumulated a 22 to 0 lead.

Television viewers, as well as those in attendance, were waiting for the glorious comeback led by the hand of Peyton Manning. The whispers and cheers continued to be silenced by the roar of the 12th man. The comeback never came, and the Broncos continued to falter. A detailed look at where everything went wrong for Denver reveals where a different game plan could have fostered a different outcome.

From the opening play, Denver was seemingly in danger. It began when a botched snap floated over the head of a surprised Peyton Manning. The ball bounced and trickled in to the Broncos end zone, where Knowshon Moreno would corral the pigskin. Although the Broncos averted disaster, they were already behind by a crucial two points. The safety was the beginning of the end for the Broncos, and the turnover was symbolic of the Denver Broncos efforts as a whole. The Broncos were in over their head.

Peyton Manning is one of the greatest quarterbacks to ever toss the football. This fact is indisputable, and will remain a truth for the rest of time. However, Denver’s game plan to establish the pass fed right in to the hand of an aggressive Seattle defense. Despite the safety and a resulting field goal from Seattle leaving the door open for a touchdown to keep the game close,Denver’s offense could not get started. The Broncos could not get their horses running. They abandoned the running game too early. Coach John Fox showed no desire to establish the rushing game to begin with. An economical running attack would have saved Denver’s title dreams and kept them in the game. Sadly, this was not how it transpired.

Many football analysts would argue that to put the game in the hands of future hall of famer, Peyton Manning, is not a bad game plan. Seattle did their homework, however, and they were prepared. The Broncos offensive line could not contain the onslaught of defensive rushers. Cliff Avril, Brandon Mebane, Chris Clemons and Michael Bennett were an extremely disruptive force in the AFC Champion’s backfield. The Orange and Blue had no answer. The Broncos proceeded to force the issue, and the Seahawks welcomed their stubbornness. The Seahawks were cognizant that they could take these chances and attack with a variety of blitz packages. Coach Pete Carroll knew Denver would persist to force the aerial offense, and that he had an elite secondary capable of shutting down their weapons.

Before a balanced attack could even be drawn up, the Broncos were faced with a 15 point deficit. Part of this, was chalked up to a Peyton Manning interception that was a result of a batted ball at the line of scrimmage. The floating ball was easy pickings for strong safety Cam Chancellor, who was covering tight end Julius Thomas, as many predicted. Wide Receiver Eric Decker was silenced. Star wide receiver, Demaryius Thomas, was not a factor until Richard Sherman exited the game with an injury.

The game got out of control quickly. The Mile High’s pride and joy were playing with their backs against a wall. This was unfamiliar territory. In fact, the Broncos never failed to score in two consecutive possessions all season. Seattle was able to achieve this feat with ease. Denver only ran the ball twice in their two first possessions. Denver never had an opportunity to test the dexterity of the vaunted Seattle defense. The affair rapidly deteriorated and further regressed as a result of poor special teams play.

Super Bowl XVLIII saw no shortage of special team marvels. Kicker, Steven Hauschka, was perfect in field goal attempts. Kick returner, Percy Harvin, scored on a ninety-seven yard return for a touchdown. Manning will fall to 1-2 in Super Bowl match-ups after this game. This contest may be the most bitter of his losses to swallow. It certainly does not affect the luster of Manning’s legacy; that is safe and secure. If Peyton Manning were to retire tomorrow, he would be a first ballot hall of famer. However, his 46 pass attempts indicate a poorly designed plan by the Broncos offensive coordinator. Instead of trying to challenge the core of the defense, he played in to their hands. The Broncos rejected controlling the ball and setting the tempo. Instead, the Broncos handed the ball over to the Seattle Seahawks with excellent field position and an injured defense. The greatest offense in the history of the NFL was derailed at Metlife Stadium, thus, proving the age-old adage: offense wins games but defense wins championships.