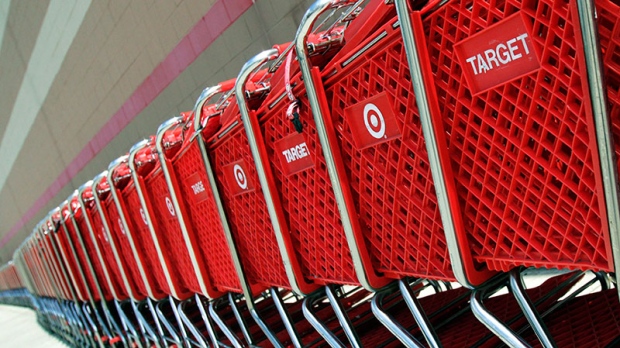 The Target Corporation recently released some astounding figures that leave everyone wondering just how long the company will last in Canada. The discount retailer reported a loss of almost US$1 billion in less than 12 months, after it began expanding outside of the US.

Target is the 2nd largest discount store operators in the US, and the company based in Minneapolis, Minnesota generated $623 million in sales in the first quarter, but gross margins were less than 5 percent.The loss in the first quarter amounted to US $329 million. Target explains the reasons for the heavy losses were due to much lower pricing in order to reduce some of its excess inventory.

The retailer opened its first Canadian outlets after buying properties of the Zellers chain, which was owned by the Hudson Bay group of companies. There are several more stores that are being converted, but the store openings continue to present challenges as shoppers appear to be disappointed as Target struggles with the Canadian expansion.

The Target stores appear to be clean and bright, but cash register lanes in many of the stores are far from being busy. Shoppers complain about the relatively higher prices when products are compared to those listed in the Target stores in the US. Despite the stumbles, Target revealed that the Canadian expansion will continue, and nine more store are expected to be opened in 2014. At the end of the year Target expect to have a total of 133 stores in Canada.

The data breach that occurred during the holidays did not help things with Target as it was reported that 40 million debit and credit accounts of its customers were compromised. The security breach was disclosed about a month after it had occurred, and the company revealed that information, including telephone numbers, physical and email address of 70 million customers had been stolen. The company later revealed that Canadian customers may have also been involved. Target said that less than one million Canadian customers who shopped at US stores between Nov. 27 and Dec. 15 may also have been affected.
The company faces very serious competition in Canada from Walmart, and other less known discounters such Winners, and Costco. They may also face resistance from Canadians themselves who may not be too trusting of the brand and the niche in which they are supposed to operate. What is interesting is that Canadians will cross the border to shop at Target stores in the US, while neglecting the Target stores in their communities.

It is hoped that Target finds its footing soon as it continues to stumble with the Canadian expansion. Although the company states that it has the flexibility to absorb losses. Sales in Canada are expected to be increased by 1200 percent as the expansion into Canada continues, as Target modifies it strategies with a better recognition of required inventory levels, and more competitive pricing. When these are put into place, Target expects the margins reach closer to the 30 percent level that is achieved in the US.