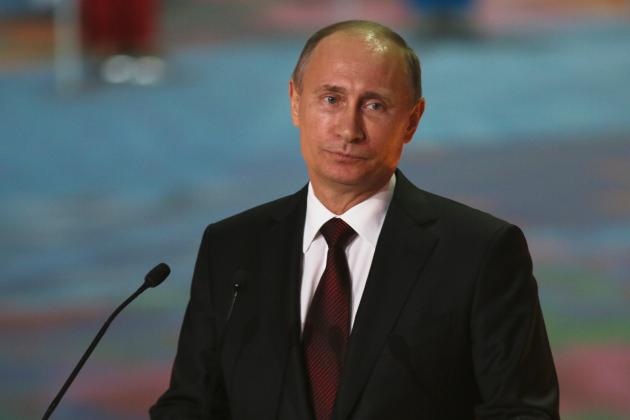 Vladimir Putin had dreams of the Sochi Olympic Games but they have now given way to a Ukraine nightmare. The 2014 Sochi Games will be remembered in various ways by different people. For some it will be the “Gay Games,” as much of the attention was on the Russian policy towards homosexuals. For others it may be the “Incomplete Games,” as much of the infrastructure in and around Sochi was unfinished even as the Games were underway. But for Russian President Vladimir Putin, these will always be “Putin’s Games.” Sochi was to be the stage on which Russia would reemerge as a world power.

Putin has been embarking on a plan to bring Russia back to the level of power and respect that it enjoyed when it was called the Soviet Union. This should come as no surprise in one sense as Putin is a former member of the Committee for State Security, more famously known as the KGB. Russia has struggled in the decades since the collapse of communism and Sochi was to be the culmination of reversing that trend. Critics may point to Russia’s anti-gay policies or the half-finished hotels of Sochi and claim that Putin failed, but the overall response of the international community to the Sochi Games has been mostly positive.

Media outlets that have traditionally been critical of Putin and Russia had little negative to say about the Games. The Washington Post noted the “state of the art facilities.” Representatives of the United States Olympic Committee praised the “high quality” of the Sochi construction. Foreign athletes called the Sochi Games the most beautiful they had ever participated in. These comments confirm the effort that Putin expended in order to change world opinion towards Russia. But in the past week, Vladimir Putin’s Sochi dream has given way to a Ukraine nightmare.

Putin has been competing very strongly in other arenas besides those reserved for athletic events. He has been expanding Russia’s influence in world affairs. His most successful efforts have been in support of Syrian President Bashar Al-Assad. Putin has been able to maintain Assad’s control of Syria and to prevent a military intervention by the U.S. and its European allies. He has also been somewhat successful in preserving the nuclear program in Iran as Russia is a significant financial backer of that country’s nuclear efforts. But these successes may be overshadowed by a failure much closer to home.

Putin has been very much tied to former Ukrainian President Viktor Yanukovych. It was Yanukovych’s embrace of Putin and Russia in 2013 that led to the current political crisis in the Ukraine. Putin in return has backed Yanukovych’s government both economically and politically. Russia had extended loans to the Ukrainian government, gave them discounts on natural gas and other energy sources, and sought to give political legitimacy to Yanukovych’s regime in the face of rising criticism. Putin has invested a great deal in keeping the Ukraine within Russia’s sphere of influence, but this week that investment evaporated.

The “loss” of the Ukraine has the potential to undo all the work Putin has done to build Russian influence. It would be a significant rebuke to Russian power. The Ukraine is a direct neighbor to Russia. If Russia cannot maintain influence over a country so close to its borders, the world community may begin to wonder just how powerful Putin’s Russia truly is. This may be why Putin ordered a “surprise” military drill close to the Ukraine’s borders this week. He knows that this is a potential moment of weakness for him and wants to offset that perception.

The situation in the Ukraine is still tenuous. Yanukovych is on the run and new elections are going to be held. It is unlikely that Putin will sit on his hands and allow the situation to play out without attempting to influence it in some fashion. There is simply too much at stake for him and his vision of Russian power. Vladimir Putin’s Sochi dreams have given way to a Ukraine nightmare.