Wal-Mart Bites Back on Receding Profits 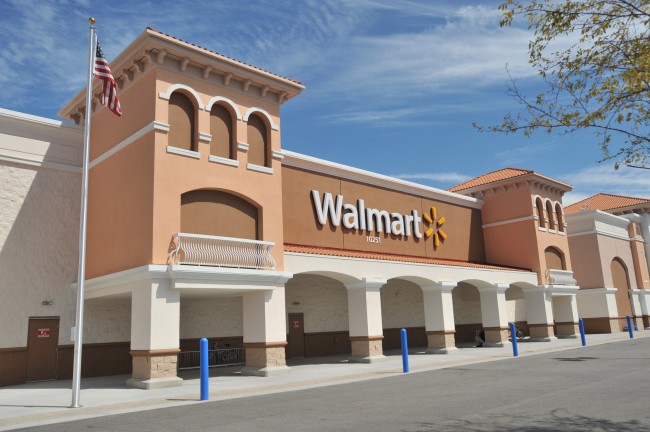 Retailing giant Wal-Mart is experiencing new lows in profit margins. The store is citing increased competition and heavy storms as some of the factors that have resulted in receding profits. In addition, cuts made to the food stamps program have left shoppers with less money to spend in store. Ventures into foreign markets have left shareholders wondering if they had bitten off more than they could chew. However, the company is fighting back with new changes to their business.

It has been reported that shopping trends are changing. More and more, people are content to sit at home and surf the internet using sites like Amazon, rather than heading out to actual stores. Research firm Comscore found that in November and December online shopping rose around 10 percent, whereas sales in store was only up 2.7 percent. This change is especially notable during the months before Christmas, a typical time of increased spending. In fact, stores like Wal-Mart rely on those months for their overall profits. Increased competition has also come from cheaper dollar stores and smaller-format places, which are generally closer to home for shoppers.

Alongside changing shopping trends, Wal-Mart has also been affected by government cuts to food stamps. The  Federal Supplemental Nutrition Assistance Program endured a $5 billion dollar cut last year. Further cuts have been expected. Upwards of 47 million people regularly use food stamps each week. About 18 percent of items are purchased from Wal-Mart and the cuts leave poor Americans with less money to spend. Heavy winter storms also forced some stores to close resulting in profit loss.

The company recently split with its partner of six years, Bharti Enterprises. The split resulted in higher expenses for Wal-Mart as well as incurring various charges. The company has decided to continue operations in India without the partnership with Bharti, buying out their Indian franchise and supply partner. Wal-Mart has also made decisions to close around 50 stores in Brazil and China that were not making profit margins. These closures were partly based on differing cultural factors. In Brazil, consumers are used to looking for big sales, rather than buying bargain-base goods. In China, shoppers are more likely to buy items in smaller amounts and return for groceries several times during the week. This is far from their US counterparts who buy items in bulk to necessitate fewer trips to stores. Research into these foreign markets before the ventures has been noted to be slim and not adapted to the needs of individual countries.

To counter receding profits, Wal-Mart has proposed a new direction. Head of the American operation Bill Simon has proposed opening smaller stores as opposed to the huge “supercenters.” A proposal has been put forward to open around 150 medium-sized stores, mostly grocery based. Even smaller “express” stores have been discussed to negate controversy over the company “sucking the life” from town centers. The store has already put actions in place to bite back against the  flow of consumer traffic to Amazon, by starting up their own rival site, Walmart.com. The store also has a plan to create an unmatchable “market ecosystem” that will give them the edge over the more established rival company. It will rely on the larger “supercenters” to act as distribution points for smaller stores. Thus items can be ordered online in the morning and picked up at the most convenient location in the afternoon. The “ecosystem” idea has already found to be yielding positive results.

There is also new directions planned for the existing “supercenters” to turn them into “destination stores.”  Much like Swedish giant IKEA, consumers would be able to shop and eat in stores.  Wal-Mart is planning to include other features to enhance the shopping experience.  The idea of destination stores is already in practice with companies like Verizon opening stores with targeted areas, based on consumer interest.

Thus although Wal-Mart has had a downturn in receding profits this quarter, the company has stepped up and is biting back against its competitors.  It is hoped that the new ventures will help alleviate falling profits.  Walmart is still listed as the world’s largest global retailer.