By Kimberly Ruble on February 19, 2014Comments Off on Yellowstone Volcano Released Tons of Helium When It Burnt North America 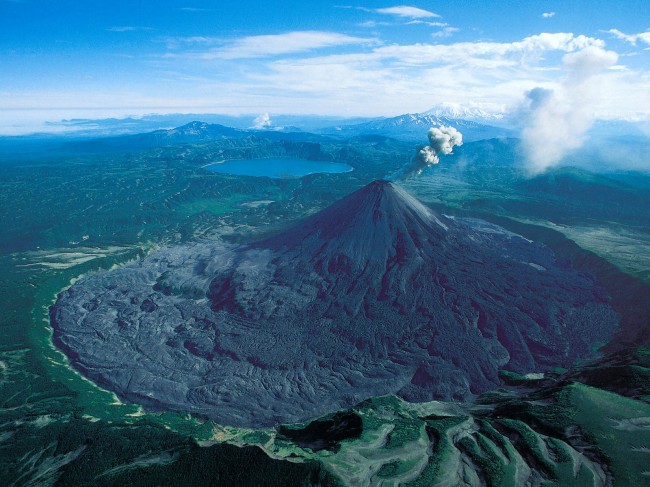 A new research study has been released that states the enormous magma globule that is under Yellowstone National Park released tons of ancient helium gas when it incinerated North America. The total of helium which has been coming out was way more than anyone ever expected, stated Jacob Lowenstern. He is the main study author and also the scientist that is in charge of the study at the United States Geological Survey’s Yellowstone Volcano Observatory. These findings are coming out in the newest issue of the journal Nature.

Yellowstone National Park’s famed geysers gurgle while inside the remains of a super volcano that first exploded over two million years ago. Both the geysers and the volcano owe their respective existences to a specific hotspot. It is a colossal trail of molten rock rising from inside the Earth’s mantle up to the surface.

But before western North America wheeled over the hotspot, Yellowstone’s future origin was without interruption for over two billion years, the research study authors believe. This long period of time was able to give the continental rocks enough of a stretch to accumulate a huge buildup of helium by means of the deterioration of radio-active elements that were located inside the crust. Most helium that is produced on Earth comes from uranium. The helium was likely entombed in both fluids such as water and also inside rocks.

Everything was silent in this part of the world where the Plains met up with the West. There was no tectonic crunching to free any helium by the fractures known as faults. Only after the hotspot pierced through the crust a couple of million years ago was helium finally able to escape. The expanding magma heated up and caused the crust to crack, therefore the gas was released and provided a way to the surface by tossing fluids and liquefied rock.

Lowenstern equated the entire process to a spigot by saying what happened was like a faucet that had been turned off for a very long time and it was not allowed to let the helium move up to the surface by way of the crust. So when the hotspot arrived at Yellowstone, it turned the tap back on.

Lowenstern and the other authors of the study found odd amounts of helium just a couple of years ago, while tracing gases at Yellowstone. The gases, such as helium, sulfur and even carbon dioxide aided in revealing what the magma under the surface was up to. It helped to show that helium was able to escape via the crust from fractures and warm air features, like the park’s steam vents.

The researchers examined two different helium isotopes, which are atoms of the same element but have a different number of neutrons. Helium-3 has only one neutron, and helium-4 contains two neutrons. The helium isotopes are from various sources. Helium-3 was made principally inside the mantle; the hot, thick layer is between the core and the crust. Helium-4 is much scarcer and is found predominantly in the Earth’s crust from the deterioration of radio-active origins. The magnitudes of both helium-3 and helium-4 inside gas samples are able to show just how much helium comes from the mantle and what helium is from the crust.

Lowenstern stated that all the information he and his group found out was a bit astonishing, not only did they find some impressive mantle foundations, but there was also the source from the crust as well. It was definitely exhilarating to see such an old mark on the Earth. The research study has shown that the enormous magma globule that is under Yellowstone National Park released tons of ancient helium gas when it incinerated North America.