300 Sequel Worth the Rental 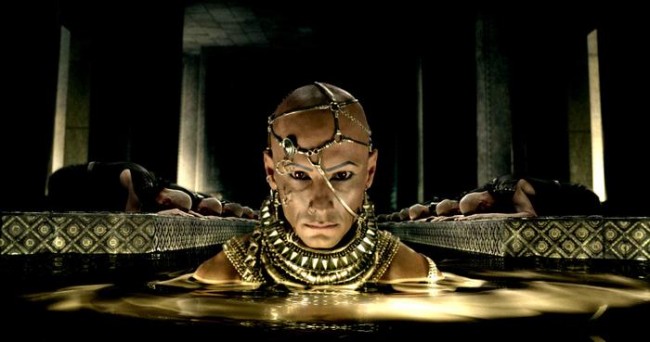 The 2014 fantasy historical film 300: The Rise of an Empire, the follow–up sequel to the 2006 film 300 does not warrant movie ticket prices and is only worth a rental because it makes a disordered attempt to seize the epic glory of its predecessor. In the sequel, the battle scenes are not as poetically fluid as the first film, however it does carry the same visual effects of graphic violence and colossal bloodletting. In the first 300, leading man Gerard Butler brought an arsenal of grandiose charisma to his character, Spartan King Leonidas that superbly harmonized the film’s comic book imagery with its majestic stylization. In the 300 sequel, Sullivan Stapleton who plays Themistocles, the Athenian warrior-general flounders to convey any magnitude of intensity for a powerful and complex character. Stapleton’s performance is nothing short of hollow and monotonous, he fails to make the portrayal of Themistocles remarkable by abandoning ferocity for sympathy. Rodrigo Santoro who plays the villain Xerxes, the androgynous, oversized and gaudily gold-cladded Persian ruler returns with more depth to the character in the second film. The audience will have more insight into the egomaniacal madness that gave birth to his imperial rule.

The first film had memorable lines like “Come back with your shield or on it,” “This is Sparta” and “Prepare for glory,” but the 300 sequel fails to deliver any striking dialogue. The one sex scene in the movie between Stapleton’s Themistocles and Eva Green’s character, Artemisia is tortuous to watch; it lacks a cadenced sexual buildup that is deserving between two powerful leaders. It is a sloppy display of aggressive fornication that is more akin to a homemade porn made by two adults role-playing WWF wrestlers. Also evident in the absence of an on-screen chemistry between Stapleton’s Themistocles and Green’s Artemisia is the final battle scene between the two characters. The anticlimactic precise swordplay is an impotent pursuit to the showcase the trite fight scene as an exquisite brutal showdown between the protagonist and the antagonist. The 300 sequel film does not conquer expectancy and is only worth a rental during a boring weekend excursion to Redbox.

Aside from all the defects the film has, the sequel’s most compensating elements are the leading ladies, Spartan Queen Gorgo played by Lena Heady and Greek-born-turned-Persian naval commander, Artemisia played by Eva Green. In the 300 sequel, Heady maintains the same understated regal grace of Gorgo as she did in the first film and the biggest flaw of her character is the limited scenes she is in. Green’s performance of Artemisia is an immaculate representation of a vindictive bloodthirtsy female leader who engages, dominates and galvanizes every scene she is in sans Stapleton’s Themistocles. Green’s portrayal of Artemisia engulfs the audience with such diabolical aplomb that she renders Santoro’s Xerxes a footnote villain in the film. The 300 sequel would have been more captivating on whole if there were scenes between Gorgo and Artemisia illustrating their opposition.

The film 300: The Rise of an Empire does not rise above expectations to stand next to its predecessor. For 300 fans, the sequel is a disappointment for the dull impact of the plot and the flat and shallow acting of its leading man. This is one more sequel that lags behind its forerunner and is only worth the rental.