Backstreet Boys and Spice Girls to Tour Together? 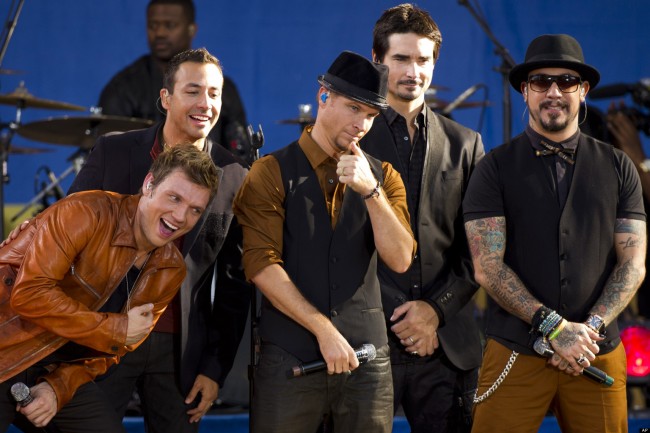 The Backstreet Boys and Spice Girls may tour together! It is the most exciting news for many women in their late 20s and early 30s, who grew up with these two bands constantly in the charts.

Discussions are still in the early stages for the two bands. Out of the two, the boy band is back together as the five-piece they found fame as. The eldest member, Kevin Richardson, took some time out of the band after his wife had a baby as he wanted to concentrate on fatherhood. The band also split up temporarily to work on their own projects and so various members could get help for their alcohol addictions.

The youngest member, Nick Carter, released his book Facing the Music and Living to Talk About It in September 2013 talking about his addictions, life as a high-profile celebrity and his sister’s unexpected death.

The Spice Girls split up in 2000, but have attempted to make two comebacks in 2007 and 2012. They were the first highly successful girl groups, with a slogan of “girl power,” which was something many young girls in the 1990s followed.

The idea of the two groups getting together on stage is exciting for many. However, the talks are only in the early stages. The five-piece boy band is currently on a world tour for their eighth full-length studio album and celebrated 20 years performing last year.

Backstreet Boys member Brian Littrell explained to British newspaper The Sun that a Spice Girls tour together was in the early stages, but could not confirm anything more than that. British magazine Cosmopolitan currently has the image of a re-enactment of the Everybody music video, where the boys dressed up in various horror costumes. The Spice Girls would take the role of the young girls that entered the haunted house, and could then get involved with the singing and dancing.

The Spice Girls are celebrating their 20th anniversary this year. Despite not being together anymore, the five members are still in the news. Victoria “Posh Spice” Beckham is regularly in the news for her own fashion label efforts, as well as being married to soccer player David Beckham. Mel “Scary Spice” B and Geri “Ginger Spice” Halliwell have appeared on a few episodes of X-Factor and Mel “Sporty Spice” C continues with her own singing career.

There are currently no plans for the band to reunite for the 20th anniversary, although Mel B has stated that she would like something to happen.

Both the place for the Backstreet Boys tour and a reunion look very slim. Beckham recently stated that she would never get back on stage with her former band mates again. She said as far back as 2008 that she no longer had a passion for the band, and wanted to move on.

Fans of the two groups have some hope that the reunion and group tour happen. If anything does happen, it will probably mean only four members of the Spice Girls. However, there are no signs yet that hint to only four Spice Girl members being involved in talks with the Backstreet Boys to tour together sometime soon, so there is still hope!