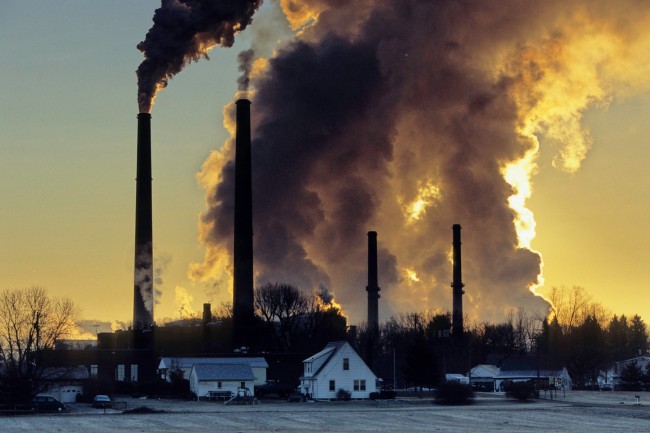 Coal-burning power plants are still one of the world’s primary sources of energy to date. Plans to curb harmful pollution and other hazards related to coal plant operations have caught the ears of some very big names including Microsoft co-founder Paul Allen. Vulcan Capitol, a company owned by Allen, now has ties with Zilkha Biomass Energy, the group responsible for the Zilkha black pellet, an alternative wood based fuel product. The company claims their black pellets to be far more environmentally friendly in comparison to coal-burning and less costly than liquefied natural gas. 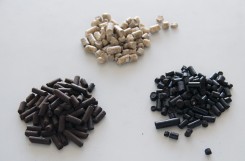 Wood pellet energy has become more recognized over the past decade for its efficiency in providing fuel for heating systems, mainly in private households. However the standard white wood pellets normally used for this type of energy, pose many difficulties for large-scale use. The costs of converting coal-burning plants to suit the usage of white pellets, experts speculate would far exceed worth-while spending.  There are also many safety issues related to their storage and transportation. White pellets can produce a dust that may be explosive under some conditions, increasing the risk of disaster. Other problems also exist, such as vulnerability to weather conditions. White pellets need be stored under cover and may only be transported during dry weather. Zilkha claims their water-resistant black pellets may be stored outdoors without cover. According to their website, costs of converting infrastructure in existing coal plants would be minimal. 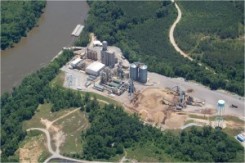 The company opened their first black pellet factory in Crockett, Texas in 2010. Reports show the factory is able to produce 40,000 metric tons per year. In a proposal filed by Zilkha to Hawaii Electric Co. near the end of 2013, it was estimated that HECO could save $40 million annually on each unit converted to their black pellets. The company’s CEO John Holmes Jr said, if Hawaii was to get on board, they could start receiving shipments from Canadian based black pellet factories in as little as 18 months after signing an agreement. Holmes also stated that Hawaii could eventually cultivate the biomass locally from agricultural feedstock “To supply an in-state black pellet production plant.” Zilkha also noted the benefit of reducing the states dependency on imported fossil fuel.

Due to scheduled coal plant shutdowns in Colorado and the complete shutdowns in states nearby, GLV spoke with native Coloradoan Anita Thompson, a local activist, bestselling author and wife to the late Gonzo Journalist Hunter S. Thompson about her own thoughts on biomass energy and the current state of Colorado’s forestlands. 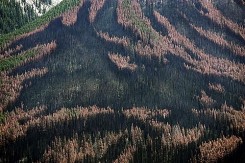 Mrs. Thompson expresses how Colorado is in need of better solutions concerning the growing environmental challenges the state has been faced with over the past decade. The pine beetle has destroyed more than 6.5 million acres of forest land since the late 1990’s. One concern Thompson brought up was methane gasses being released from the massive decomposition taking place in those forest areas and what measures could be taken to address the issue. Her tireless efforts researching the matter may have led her to discover solutions for not only the forest rot, but also an alternative fuel source for coal-burning power plants scheduled to be shut down in the state. She is currently engaging in talks with state representatives on bioenergy, which she says, could be produced from the decomposing forestland.

The author says she has been in contact with Zilkha and immediate plans are underway for the company to send product samples to Colorado for showcasing.

Thompson tells GLV, “Elected officials that I’ve been in touch with have shown great support for biomass. But they have a crushing workload and need greater support from their constituents to balance the pressure they get from fossil fuel companies. Biomass could potentially be a saving grace for our pine beetle problem and the old coal plants that are scheduled for closure. Could this eliminate the pressure from some of the fracking giants? We’re not sure yet.”

“I encourage everyone to get to know their local elected officials. That’s where each of us has the most say in our world. All the real power is in local politics,” said Thompson.

To Anita Thompson and The Gonzo Foundation, biomass energy in Colorado is well worth the painstaking hours of work invested to improve the environment in which she grew up in and still calls her home. She says she will continue to reach out to her local officials to make sure biomass energy continues to be an option for fuel in Colorado, as well as keeping viewers up to date as the situation progresses.