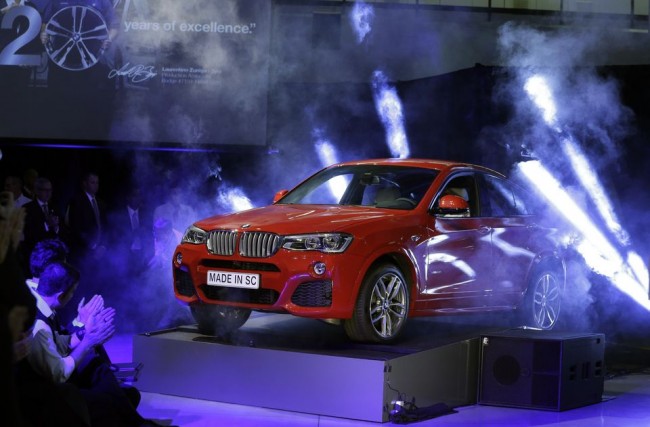 In the fiercely competitive SUV market, the German giant has successfully captured a significant market share with X1, X3, X5, and X6. Nevertheless, the company finds it increasingly difficult to compete without more models, especially when the luxury SUV market is being flooded with newer and more diverse models from its competitors.

Mercedes-Benz, another German luxury car giant, has three models in direct competition with BMW in cross-over, small SUV, and midsize SUV markets. It also has two large SUV models, G and GL classes, against which BMW does not currently have counterparts. Meanwhile, Land Rover, the luxury SUV manufacturer owned by Tata Motors, has several luxury SUV models that stand out among the crowded market. BMW’s X5 does not have the strength of luxury brand power against the Land Rover’s Range Rover, although it sells more only because it is being distributed to more markets. Also, the Land Rover’s cross-over and small-size SUVs are going head-to-head with BMW’s X1 and X3.

To strengthen its position in SUV market, BMW introduced to its SUV lineup two new models, X4 and X7, which will be manufactured in the expanded South Carolina factory.  X7 will help BMW finally compete in large luxury market against Mercedes-Benz’s GL and GM’s Cadillac Escalade. It has a three-row seats as in Cadillac Escalade. X4, a cross-over model of the company’s X3, is posited to appeal to buyers in market for sportier SUV. With two new SUV models, BMW is expected to gear up its South Carolina factory.

In the 20th anniversary for its first factory outside of Germany, BMW CEO Norbert Reithofer, with South Carolina Governor Nikki Haley in attendance, stated that the company’s decision to open its factory in South Carolina was a right decision. The factory manufactured almost 300,000 BMWs in 2013 and about 2.6 million cars for the past two decades. It currently employs 8,000 people, and is expected to hire 800 more for the expansion. Before BMW opened the factory in 1994, South Carolina, whose textile industry was dying at the time, did not have any relevancy in auto industry except Michelin tire plants. Because of BMW, however, the state now has automotive part manufacturers and suppliers in 38 out of 46 counties. According to a study by the University of South Carolina, the factory accounts for 1 percent of the South Carolina’s workforce or more than 30,000 workers.

The BMW’s increasing dependency on U.S. for manufacturing is highly likely a result of the popularity of SUV in North America and the lackluster market condition in Europe. The U.S. sales accounted for 19 percent of the company’s sales in 2013; Germany, BMW’s home market, only 13 percent. Despite being less fuel-efficient, SUV has been popular in the United States due to relatively low gas price. The SUV sales will be more significant for BMW as the domestic oil production is expected to increase to 69 percent of total oil supplies of the United States because of shale oil and gas production. BMW stated that its sales will be driven by the U.S. market in 2014. BMW expects that the trend will continue for a while.

Gov. Haley, who welcomed the factory expansion, said that if Reithofer, who ran the factory when it opened, failed his job in America, he wouldn’t be a CEO of the entire company. It appears that Reithofer is betting that his decision to strengthen BMW’s SUV lineup with two models manufactured by the factory expanded with $1 billion will pay off handsomely for his company.