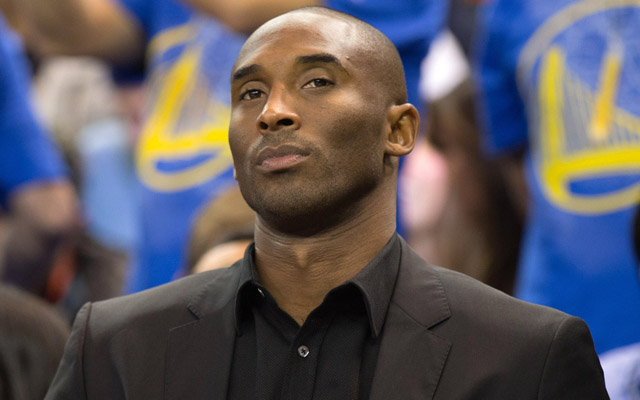 The Los Angeles Lakers are preaching patience. Kobe Bryant, star player of the Lakers and winner of five NBA championships is not having it. He wants to win now, and let everyone know Wednesday when he blasted the Lakers brass from top to bottom for even considering the idea of being patient.

Bryant’s comments came on the heels of news that he is out for the year. The news came as no surprise as Bryant has missed all but a handful of games this season as he recovered from a torn achilles tendon he suffered last spring.

Everybody in the Lakers’ front office was subjected to Bryant’s rant as he started with owners Jim and Jeannie Buss and worked his way down to head coach Mike D’Antoni. General Manger Mitch Kupchak and his comments about patience were mentioned as well.  Bryant thinks the Buss siblings need to get on the same page and fix the culture in Los Angeles, the employment status of  D’Antoni needs to be settled, and Kupchak’s rebuilding idea does not jibe with Bryant’s vision.

What Bryant did not say publicly may cause the most controversy. He has reportedly told the Lakers privately he will not play for D’Antoni. That thinly veiled report has no doubt put the final nail in the coffin for the Lakers’ head coach who probably is neither surprised nor disappointed by the report.

So if there were any doubt about where he stood, Bryant and his blast of the Lakers’ brass erased it completely. In the process, he has also set expectations for an entire organization that does not appear to be on the same page with their star player. This will likely be a problem and it is unlikely to go away anytime soon.

Bryant is nothing if not competitive and the comments he made yesterday were vintage Bryant. Win now, win tomorrow, win at all costs. He is as competitive as any player who has ever laced up the sneakers and considered by many as one of the greatest players of all time. However when the Buss family committed nearly $50 million to him earlier this year, they were committing superstar money to a player that does not share the same vision for the Lakers that they do. Even more damaging to the Lakers is that they have upset Bryant, the biggest alpha dog in sports, when he does not have the game to back it up anymore.

So on top of trying to finding the right players and the right methods for doing so, Kupchak and the Buss family now have to deal with Bryant and his public dismay about the situation.

They are now beholden to an aging and injury prone superstar who has his hands on the throat of the organization. The reality for all parties involved is that they really have no way out for the time being because Kupcahk has no chips to play.  The Lakers’ General Manager has an aging roster, little assets to deal, and Bryant eating up a huge amount of salary cap room. They do have a lottery pick coming in the 2014 NBA draft, but chances of that player making enough of an impact next season to satisfy Bryant are slim and none.

The only chance for the Lakers to be an elite team next season is for Bryant to be an elite player again. That is probably not going to happen. The next real chance the Lakers have to be a great team is in 2015-2016 when the salary cap is cleared for them and they can pursue an elite free agent like Kevin Love of the Minnesota Timberwolves. Love played his college ball at UCLA is rumored to want to return to Los Angeles.

As for the time being Bryant can blast the Lakers brass all he wants but Kupchak is right. Patience is a virtue. It is also Bryant’s only hope.