Castration of Pigs to Pave Way for Iowa Senator [Video] 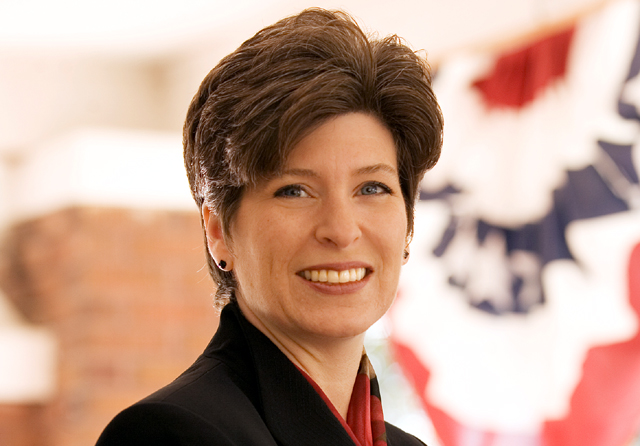 Holy… pig? In possibly one of the funniest and oddest campaign videos ever produced, Iowa state legislator Joni Ernst refers to her days of slicing and dicing up “pork” on the farm as an attribute that will serve her well in the United States Senate. Ernst, apparently, has no qualms about depicting cute and cuddly pigs in her video (see below), while referring to slaughtering practices as a metaphor for strict policy. She then makes a very bold choice by comparing the animals to Washington D.C. politicians. Specifically, it seems this Iowa lawmaker intends to pave her way towards election as U.S. Senator by using her pig castration technique as an indicator of her tough stances on topics such as budget “cuts”.

Joni Ernst certainly has a history to back up her bravado. Not only did she grow up on a farm, chopping up hog testes, she has also served in the military. Ernst was a company commander circa 2003 in Iraq and is currently Lt. Colonel in the Iowa Army National Guard, where she resides over the largest battalion in the state. Not surprisingly, she is also a lifetime member of the National Rifle Association (NRA). All the while, Joni Ernst has managed to get elected to the Iowa Senate numerous times. She is a Republican, known for her conservative views on fiscal responsibility.

In her campaign video, Ernst begins by letting the audience know some pretty shocking information. Although, in hindsight, there may be nothing shocking about a conservative republican who shoots guns and removes a hog’s reproductive organs. Ernst tells the viewer she grew up on an Iowa farm, is no stranger to the castration of pigs, and that fact alone will pave the way for her election to U.S. Senator: “When I get to Washington, I’ll know how to cut pork.” While some may cringe at the visuals she creates, seeing Ernst discussing castration with a smile on her face is clearly a message about being both tough and having a sense of humor.

She attempts to make an appeal to the traditional values of many Americans, using her own upbringing by presumably hard working parents, who taught about living “within our means”. Ernst goes on to say: “It’s time to force Washington to do the same.” The overall message of the video is clearly focused on the notion that the D.C. politicians are overspending. In the video, Ernst also references balancing the nation’s budget and repealing Obamacare.

This Iowa legislator’s tactics of using pig castration as a skill that could pave her way to U.S. Senator, may not be, on its own, enough for election. Her use of the term “Let’s make ‘em squeal,” in reference to hog-like politicians, could cause a laugh or a scowl. However, it is certain to turn heads. If elected, Ernst would become one of five female Republicans in the Senate. She is running against a plethora of other candidates, one of whom will be replacing retiring Iowa Democratic Senator Tom Harkin.

Castration of Pigs to Pave Way for Iowa Senator [Video] added by Josh Taub on March 25, 2014
View all posts by Josh Taub →