Charles Manson Will Get the Zombie Treatment 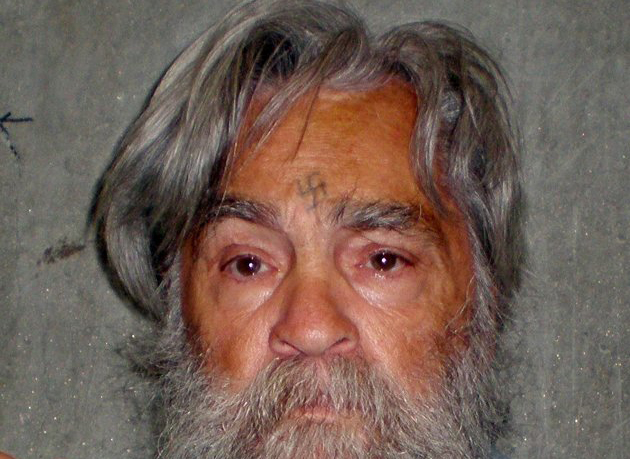 One of the most notorious criminals in recent United Sates history will be coming to your home and he will be delivered by a Zombie. Variety reports that Rob Zombie is teaming up with Bret Easton Ellis, best known for his books Less Than Zero and American Psycho, to produce a television series for Fox featuring as characters Charles Manson and his cult followers. Zombie is set to direct the series and Ellis has been brought on to write it.

The series will be based on the events that led up to the infamous Tate-Labianca murders committed by Manson’s followers, known as the “family,” in Los Angeles during the summer of 1969. Though it’s a gruesome subject to approach, Zombie is no stranger to the macabre. Best known for making music with his band, White Zombie, Zombie has also directed horror movies such as The House of 1,000 Corpses, The Devil’s Rejects, Halloween and The Lords of Salem. He has also dabbled in directing for television, taking the chair for an episode of CSI: Miami in 2010.

Zombie told Variety that he has always had an obsession with the events surrounding the Tate-Labianca murders, so he jumped at the chance to take on the project. His timing couldn’t be better.  Traditionally, series that feature more macabre subject matter tend to only gain a cult following, but in recent years, series such as AMC’s The Walking Dead and FX’s American Horror Story have seemingly broken that mold, perhaps paving the way for a show that will portray a real horror in American history.

However, indications are that the show will be more character driven than macabre, which also bodes well for the show’s success. Now more than ever, studios are allowing shows that approach issues of moral ambiguity, featuring complex characters, and audiences are tuning in. Moreover, the anti-hero has become a staple in the modern television landscape. From The Sopranos’ Tony Soprano to Breaking Bad’s Walter White, television audiences have embraced the bad guy as the lead character.

It will be interesting to see how Zombie and Ellis portray Manson and his followers. It’s one thing to create fiction that endears an audience to characters who are criminals, but Charles Manson is one of the most reviled criminals in modern history. He and his followers committed real crimes that took real lives. In total, Manson and his followers murdered nine people over two days in August 1969, including Sharon Tate, wife of director Roman Polanski, who was eight and a half months pregnant at the time.

Manson and several of his followers were tried and convicted for the crimes in 1971, with Manson receiving the death penalty. In 1974, his sentence was changed to life in prison after the state of California abolished the death penalty; he remains in prison to this day, having been denied parole 12 times.

If done well and with respect to the true nature of the crimes, the show promises to be intriguing. It can’t be denied that though over 43 years have passed since those infamous two days in August, the fascination with Manson and his followers has not waned. Whether you like the notion or not, Manson is a pop-culture icon. Charles Manson receiving the Zombie treatment might just serve to provide a unique perspective as to how the charismatic Manson was able to manipulate so many people to commit such horrific crimes. But if you watch, be careful, because too often we find the anti-hero endearing because we see a little of ourselves in the character. What do we do if we see a little of ourselves in Charles Manson?